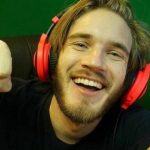 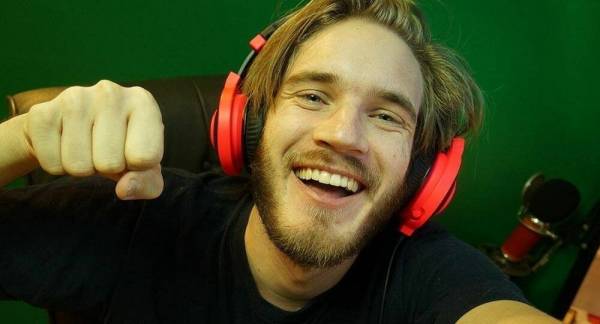 YouTube star David Dobrik, who boasts 19 million subscribers on his platform, earlier had his channels demonetised as blowback from a rape allegation about a former associate dating back to 2018. Dobrik has denied any wrongdoing.

Felix “PewDiePie” Kjellberg recently weighed in on the scandal surrounding YouTuber David Dobrik, who was cancelled in the wake of a sexual assault scandal.

A woman had alleged she was raped by a former associate of Dobrik, the leader of the popular YouTube ensemble The Vlog Squad, during the filming of a video for his channel in 2018.

​The footage, which does not explicitly show the alleged incident, had been published on Dobrik’s channel, which has 19 million subscribers, and later removed.

WHO COULD’VE SEEN THIS COMING: Pewdiepie speaks on David Dobrik cancellation. Pewds says “I was right. I told you I had a weird feeling about him.” He later adds about David making 2 apologies “Damn it took you 2 tries, huh? Come to me, I will help you.” pic.twitter.com/90FYtyfExl

​In a recent clip that has since gone viral, PewDiePie suggested his initial gut feeling regarding David Dobrik had been on point.

“David Dobrik, I was right! I told you I had a weird feeling about him. What happened? Look what happened. F**king called it, where’s my award?” said the 31-year-old Felix Arvid Ulf Kjellberg, the YouTube celebrity known as PewDiePie.

The purported victim of the rape says she was given alcohol and became drunk to the point of unconsciousness. She was allegedly later involved in group sex, while she was too intoxicated to consent.

The US-based podcaster, who shot to fame through making prank videos, occasionally in collaboration with YouTubers known as the Vlog Squad, denied any wrongdoing.

However, YouTube cited strict policies that prohibiting sexual harassment on its channel, and temporarily suspended monetisation for three channels operated by Dobrik – David Dobrik, David Dobrik Too, and Views, a video podcast co-hosted by Dobrik and Jason Nash.

Pewdiepie offered up his opinion of the dual apologies posted by Dobrik:

“I said a couple of live streams ago. Damn, he always struck me as a weird guy like I always got Logan Paul vibes from him, like how does he keep getting away with all this s**t? … He did two apology videos, right? One where he just tried to brush it off and then he realised he didn’t, and then he lost like all his sponsors, and then he comes out with a sincere apology. Damn, it took you two tries, huh? Come to me, I will help you!”

Regarding the last statement, one of the most famous online personalities and content creators later clarified that his offer of help was made in jest.

WHO COULD’VE SEEN THIS COMING: Pewdiepie shares his thoughts on the allegations against David Dobrik. Pewds says “Seems hella shady.” He adds that David gives him the same vibes Logan Paul gave him before Logan was cancelled. pic.twitter.com/A8WDcLnMt5

​The Swedish YouTube superstar’s remarks come weeks after another Minecraft stream showed him referring to the Slovak-born YouTuber Dobrik and The Vlog Squad as “hella shady”, while marvelling at how they ostensibly got away with the “questionable” things they did.

David Dobrik found himself under fire after an Insider article claimed he was accountable for being actively involved in his associate Dominykas “Durte Dom” Zeglaitis’s sexual assault scandal.

Earlier, the 24-year-old and The Vlog Squad had found themselves embroiled in blowback from a row after ex- member Seth Francois – the only Black member of the squad – shared his experience during one “prank” video with Dobrik, alleging it was ‘sexual assault’.

Amid disturbing details reported by the media and surfacing on the internet, David Dobrik began to lose major sponsors, in addition to having his YouTube channel demonetised.