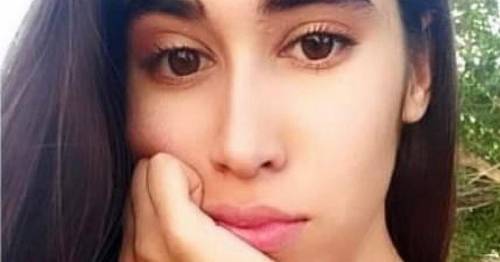 A young woman has died after plunging 164ft while taking a selfie on a cliff near the bridge that featured in the opening sequence to the James Bond film 'Skyfall'.

Hatice Nur Karabulut, 21, was taking a picture with her cousin Mazlum Sozeri, 26, at the Varda Viaduct, Adana, Turkey, on Monday when disaster struck.

Shortly after 5.30pm Hatice is said to have lost her balance, and Mazlum desperately tried to grab a hold of her.

But the pair fell down the cliff together, with Hatice suffering catastrophic injuries.

Emergency service teams were called to the scene by witnesses, and workers used a crane to winch the cousins from the spot where they had fallen.

She was at the Varda Viaduct, Adana, Turkey, on Monday when disaster struck
(

Hatice was pronounced dead at the scene, and her body was taken for a post-mortem in the city of Adana while her cousin was taken to a hospital in the provincial capital by ambulance.

Hatice had only recently started a job as a chef in a local restaurant and she had taken her cousin, who was visiting from Spain where he lives, to see the local tourist attraction.

Hatice leaves behind two grieving parents and a 14-year-old sister.

Mazlum's injuries were reported to be non-life-threatening.

Mazlum is said to have suffered non-life threatening injuries
(

The stone arch railway viaduct was built by Imperial German engineers from 1905 to 1916 as part of the Berlin-Baghdad Railway.

It was featured in the opening chase scene in the James Bond film 'Skyfall' released in 2012.