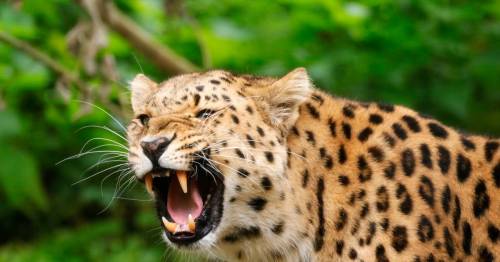 Young girl, 10, pounced on by wild animal before being dragged off and mauled to death – World News

A 10-year-old girl has been killed in a vicious attack by a wild animal after two boys died earlier this week, it is reported.

The young child, identified as Rutba Manzoor, is believed to have been pounced on by the beast and taken away to a nearby forest in the Baramulla district of north Kashmir on Tuesday.

Despite the screams of her family and neighbours, the animal, possibly a leopard, ran off with the child and disappeared into the dense forest.

Attempts to catch the animal failed and later a search led to the tragic discovery of the ten-year-old’s body.

The death means that three children have died in just two days after the bodies of two boys were found on Sunday, reported Kashmir News Service.

A 12-year-old boy, named as Shahid Ahmad was found in the forest area after going out looking for cattle.

And the body of Muneer Ahmad, aged 15, was found dead after suffering injuries that also indicatedhe had been attacked by a wild animal.

The incidents have led to panic in the area and the community has urged for authorities to take action and find the animal.

Authorities in the region are now looking for the animal that is believed to be a leopard. File image
(

Attacks by animals on people have become increasingly common in the region and there was a meeting held at the office of the Deputy Commissioner of Baramulla with police and civil representatives.

While a strategy has been put in place to look for the animal, the Department for Wildlife Protection, whose responsibility it is to deal with such incidents, is severely understaffed, officials reportedly stated.

But a team of 50 men has been put together to look for the animal and Rashid Naqash, who is the regional Wildlife Protection Warden said he is confident that they will soon catch it.

“This is a coordinated operation with forest protection, J&K (Jammu and Kashmir) police and locals who are trying to catch or kill the animal,” Naqash said, reported the Kashmir Observer.