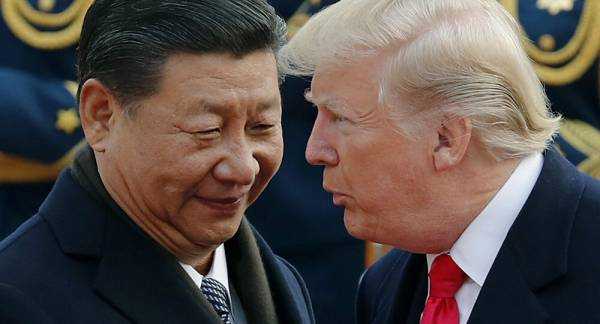 The coronavirus (COVID-19) pandemic has added another point of tension to an increasingly souring relationship between the United States and China. As the Trump administration fuels anti-Chinese sentiment, details in a reported internal government document reveal how the worst-case scenario looks like.

China’s Ministry of State Security delivered to President Xi Jinping warnings of heightening anti-Chinese sentiment worldwide, which could lead to a direct military conflict with the United States, Reuters reported on Monday.

The analysis, reportedly given to Xi last month, concluded that “hostile feeling” towards China as a result of the ongoing coronavirus pandemic had risen to its highest level since the 1989 Tiananmen Square incident.

The report allegedly comes from the China Institutes of Contemporary International Relations, one of the country’s oldest international policy think tanks, affiliated with the Ministry of State Security.

The report concluded that the US considers China’s economic rise to be an economic and a national security threat, as well as a challenge to the political system encapsulated by Western democracy, according to Reuters.

The report delivered to Xi revealed that the US was attempting to undermine the ruling Communist Party by shaking public confidence in its competence.

The Trump administration has accused Beijing of covering up the initial outbreak of the virus, altering the death toll and the number of confirmed cases, and claiming that COVID-19 was accidentally released by a laboratory in Wuhan.

​Beijing has rejected the accusations, arguing that the nation’s confirmation of human-to-human transmission, along with corroboration from the World Health Organisation (WHO), gave the United States ample time to prepare for the crisis.

After withdrawing US funds from WHO following accusations that the organisation is “China-centric”, Trump is reportedly now considering retaliatory measures over the coronavirus, according to unnamed senior administration officials speaking to the Washington Post last week.

​Beijing is facing a backlash from those who suggest that China is responsible for the pandemic.

Australia has called for an international investigation into the origins of the virus, and last month, France summoned a Chinese envoy after the embassy accused the French government of allowing its citizens to die.

The government of the United Kingdom, one of closest allies to the US, suggested that relations with China will not return to “business as usual” after the pandemic.

Despite US assertions that the coronavirus originated in the Chinese city of Wuhan, where the first cases were reported, no proof has been made available. On Monday, WHO noted that it has not received any data or specific evidence from Washington on the origin of COVID-19, earlier cited by US Secretary of State Mike Pompeo.