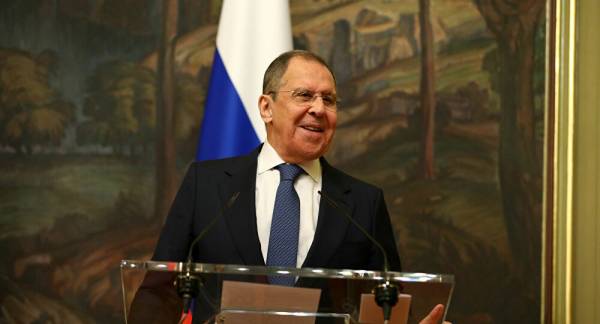 Speaking at the high-level meeting to commemorate the seventy-fifth anniversary of the United Nations, Lavrov said that attempts to revise history and downplay the role of peoples who made a definitive contribution to the victory over Nazism are absurd. Lavrov said that the lessons of history must be remembered.

“Unfortunately today, in various regions of the world, armed conflicts continue to rage. Added to them are the acute threats of our time: international terrorism, drug and cybercrime, climate change. This year another grim challenge was added to the list – the coronavirus pandemic, which has provoked serious crisis phenomena in the socio-economic and other spheres,” Lavrov said.

The Russian foreign minister emphasized that growing divisions are making the response to global challenges more difficult every year as some countries ignore the lawful interests of others.

Lavrov pointed to attempts to interfere in the internal affairs of countries, using unilateral sanctions in violation of UN Security Council prerogatives, manifestations of intolerance and the introduction of concepts and standards such as a “rules-based world order.”

“But the natural course of history cannot be reversed. Today, new centers of economic growth are strengthening in the international arena, the need to settle armed conflicts exclusively by peaceful means is growing, interdependence is growing. The world is tired of lines of division, the division of states into ‘us versus them,’ the world needs building up comprehensive mutual assistance and cooperation. In other words, the goals formulated 75 years ago when the UN was created are becoming more and more relevant,” Lavrov said.

According to the Russian foreign minister, the UN must remain an effective structure conducting work strictly in accordance with its charter. UN bodies should not overlap or become too vague and the UN should take into account the experience of the Collective Security Treaty Organization (CSTO) and other regional organizations.

One of the main priorities of the world community should be resolving conflicts through peaceful, diplomatic means; fighting terrorism and organized crime, preventing the use of chemical and biological weapons by terrorists and ensuring that space is used for peaceful purposes only, Lavrov said. Attempts to weaken arms control mechanisms should be countered and the process of decolonization should be wrapped up as soon as possible.

The Russian foreign minister said that the UN platform provides all the necessary conditions to resolve all common issues, relying on dialogue and mutual respect for state interests.