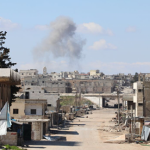 Work of 3 Checkpoints in Syria Suspended From Tuesday Amid Escalation, Russian Military Says 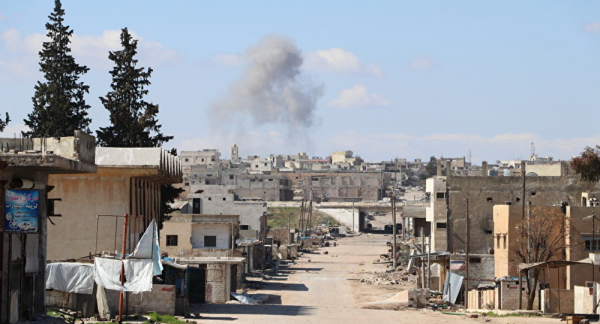 MOSCOW (Sputnik) – The work of checkpoints Seraqab and Miznaz in Idlib, as well as Abu Zeidin in Aleppo, will be suspended from Tuesday amid escalation until the situation stabilizes, Rear Adm. Alexander Karpov, deputy head of the Russian Centre for the Reconciliation of Warring Parties in Syria, said on Monday

“The situation continues to deteriorate in the areas adjacent to the Seraqab and Miznaz checkpoints in Idlib province and Abu Zeidin in Aleppo province, opened with the assistance of the Russian Centre for the Reconciliation of Warring Parties,” Karpov said.

Terrorist organisations that have intensified their activities in the territory of Syria controlled by the Turkish armed forces are carrying out provocative shelling and blocking the movement of citizens and vehicles in these corridors, he said.

“Under these conditions, from March 30, the work of these checkpoints will be temporarily suspended until the situation stabilises and conditions are created to ensure the security of civilians,” Karpov added.

The Russian has repeatedly said that the militants operating in Idlib have been preventing the free exit of Syrian citizens through humanitarian corridors, especially opened with the assistance of the Russian military. It noted that the terrorists are using civilians “as hostages to receive humanitarian support through an opaque mechanism,” amid the United Nations’ lack of access to the northwest of the country.

Russia, Turkey, and Iran are the ceasefire guarantors in war-torn Syria. Russia regularly conducts humanitarian operations across the country and helps Damascus provide safe passage for the return of Syrian refugees.

Previous : Say What? My Pillow CEO Tells Steve Bannon ‘Trump Will Be Back in Office in August’
Next : Minneapolis 911 Dispatcher Testifies to Calling Police While Witnessing Floyd’s Arrest