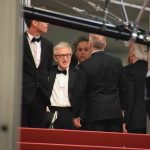 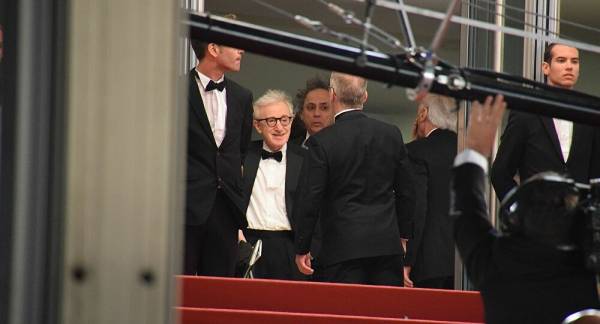 In early 1990s, legendary American film director and actor Woody Allen was hit by allegations coming from his wife Mia Farrow that he had molested their adopted daughter Dylan. The filmmaker has been denying these claims for decades.

Woody Allen has moved to assure public again that has not molested his 7 year-old adopted daughter Dylan Farrow, who claims the Academy Award-winning director had inappropriately touched her at mother’s home back in August 1992.

Speaking to CBS Sunday Morning in a first interview in nearly 30 years, Allen however stated that he doesn’t think his daughter, who is now 35, is lying about the situation either.

“I believe she thinks it,” the director said, referring to Dylan’s claims. “She was a good kid. I do not believe that she’s making it up. I don’t believe she’s lying. I believe she believes that.”

How Did Accusations Come to Light?

Allen has long denied the allegations against him, dubbing them in 1992 the “unconscionable and gruesomely damaging manipulation of innocent children for vindictive and self-serving motives”. The accusations were made public by Allen’s estranged wife Mia Farrow during their nasty separation process back in 1992. Sex abuse claims spurred shortly before the film director publicly proclaimed that he was in love with another adopted daughter of Farrow’s, Soon-Yi Previn.

Farrow has apparently learned about her husband’s relationship with Previn, her 21-year-old daughter adopted during marriage to conductor Andre Previn, after finding her nude pics at the director’s home in January 1992.

During the interview Allen, 85, said that “the last thing in the world that anybody wanted was to hurt anybody’s feelings”.

“What we wanted to do was to eventually make it known that we had a relationship,” he added.

The ‘Manhattan’ director has also blasted a “smear” that continues to circulate around his persona.

“And they still prefer to cling to if not the notion that I molested Dylan, the possibility that I molested her. Nothing that I ever did with Dylan in my life could be misconstrued as that,” he said.

Allen believes that accusations against him hold “no logic”:

“Why would a guy who’s 57-years-old and never accused of anything in my life, I’m suddenly going to drive up in the middle of a contentious custody fight at Mia’s country home (with) a 7-year-old girl. It just – on the surface, I didn’t think it required any investigation, even.”

The interview was apparently recorded in July 2020 but was broadcasted only this weekend. It was released shortly after HBO aired a docu-series Allen vs. Farrow to review accusations against the legendary filmmaker.

During the talk with CBS, the Hollywood legend also spoke about his relationship to Previn, who he married in 1997 despite an age difference of 35 years.

“If you’d have told me I was going to wind up married, and happily married, to an Asian woman much younger than me, not in show business, I would have said ‘the odds of that are very slim. I don’t think you’re going to be right.’ But that’s what happened,” Allen said.

The movie star also described his relationship with Previn, who he never adopted, as “the most natural thing in the world”.

“… it didn’t give me pause, because the relationship with Soon-Yi was very gradual. It wasn’t like I went out with her one night and kissed her,” Allen explained.

Woody Allen and Soon-Yi Previn have two adopted children together.