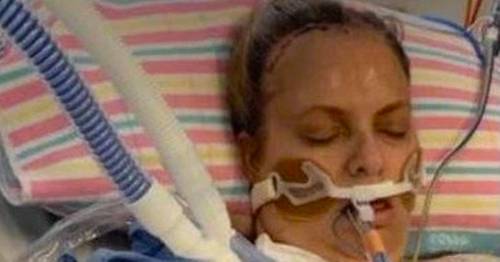 A woman who was in a coma for 14 days and nearly died after getting a rare reaction to the AstraZeneca coronavirus jab says she is still pro-vaccine.

Alyssa, 40, had an extreme reaction to the jab but is urging other people to get vaccinated against Covid-19 despite her experience.

The mum from Melbourne, Australia, had her first vaccine on May 17, having had thyroid cancer two years ago.

She suffered from headaches and nausea for 10 days and while attending a conference in the city of Newcastle she had a seizure.

She was taken to hospital, where she suffered four more seizures, and was then moved to another facility. 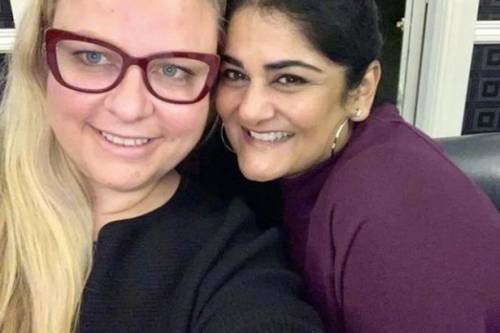 Alyssa, left, with a colleague a day before she suffered the reaction

The woman, who has no underlying conditions, experienced a bleed on her brain so needed to have a craniotomy.

Alyssa explained: "They couldn’t get the pressure on the brain under control, so I was put into an induced coma."

She was then diagnosed with "Vaccine-induced Cerebral Sinus Thrombosis", Kidspot reports.

Alyssa said: "Doctors told me that the reaction I had to getting AstraZeneca was incredibly rare."

The woman was re-diagnosed with Thrombosis with thrombocytopenia syndrome, a rare syndrome that occurs when a person has blood clots as well as low platelet counts.

Doctors told Alyssa's family that her chances of surviving were little – and that if she survived, she would be left unable to walk, talk or feed herself. 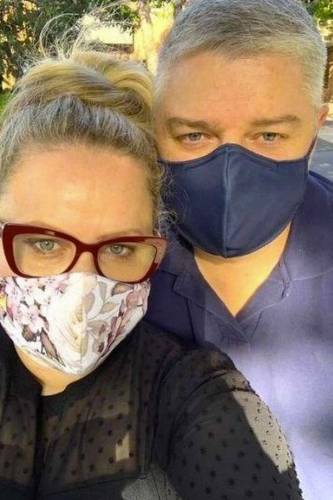 But incredibly, after undergoing physiotherapy, she started getting better.

Alyssa said: "The doctors can’t believe I’m alive and how quickly I have progressed."

Despite her experience, the woman is still pro-vaccination and has booked her second dose – of the Pfizer jab – at the hospital today.

Her husband, who works as a nurse and had his first dose of AstraZeneca, will also have Pfizer as his second jab.

Alyssa said: "The only way out of this sh*t show is to be vaccinated. We are at the mercy of this fricken virus – every day we are looking at cases and I’m totally over it.

"Although what happened to me is catastrophic and totally life-changing – it is very rare." 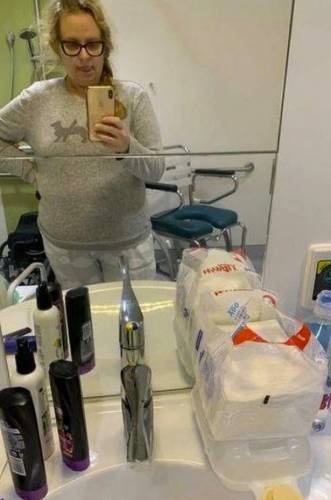 Despite her experience, Alyssa is urging everyone to get vaccinated against Covid-19

Health Direct explains that in Australia symptoms of TTS have occurred between 4 and 42 days after vaccination with the AstraZeneca vaccine.

The blood clots can occur in different parts of the body, such as the brain or in the abdomen.

People who experience a severe or persistent headache that starts at least four days after vaccination, seizures, blurred vision, chest pain, difficulty in speaking or breathing should seek medical attention.

A report released a week after Alyssa's incident said: "Since last week’s report, a further four reports of blood clots and low blood platelets have been assessed as confirmed TTS likely to be linked to the AstraZeneca vaccine."

One of those four cases was in "a 40-year-old woman from Victoria who is being treated in NSW".

Currently, there are 38 men and 45 women diagnosed with TTS in Australia.

The Therapeutic Goods Administration said in a report : "We continue to receive reports of side effects to the AstraZeneca vaccine as it becomes more widely available in Australia.

"The reports are generally consistent with what is being observed internationally."