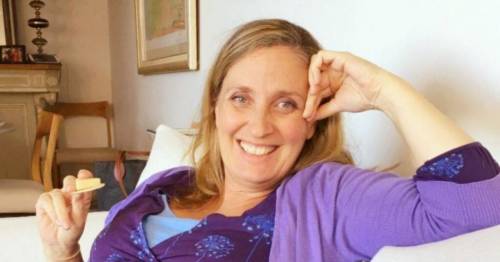 Manda Epton, 54, spent 11 years going through 23 fertility treatments and had three miscarriages before she was finally successful.

The woman, living in Sydney, Australia, had always dreamt of having a family of her own and when her long-term relationship turned sour, she embarked on a fertility journey alone.

The fashion designer, originally from Oxford, UK, is now the proud mum of twins Chloe and Freya, three, after spending over £40,000 ($75,000 AUD) in treatments.

Manda said: "I started doing treatments when I was 39, as I'd always dreamt of having a family.

"I continued dating over the 10 years but always felt this pressure as I still wanted children.

"I decided to do it alone with the help of a sperm donor and egg donor through IVF.

"I started burning through my income and savings at fertility clinics.

"One of the clinics referred me to a psychotherapist who told me that I needed to come to terms with the fact that I would never have children at 43."

Manda underwent two and a half rounds of IVF, as the third was cancelled due to ovarian hyperstimulation – an exaggerated response to excess hormones, which is a rare complication of IVF, according to the NHS.

The mum had six embryos implanted and had two pregnancies that lasted eight weeks.

She also had six IUI drug-assisted fertility rounds and seven IUI-only rounds all of which were unsuccessful, despite another eight-week pregnancy.

Her final round of fertility at Cape Town SA, Cape Fertility, included a double donor embryo transfer which resulted in her successful twin pregnancy.

She added: "I struggled with the miscarriages and part of me wanted to give up at points, but I really wanted children of my own.

"I even thought about adoption, but the waiting list was seven years, and single women were at the bottom of the list."

Not only had her friend had a successful pregnancy from the clinic, but it was much cheaper than what Manda was paying per treatment in Australia.

She said: "I got to choose the donors and got to shop around.

"I come from a blonde hair and blue eyes background so chose a lovely egg donor from South Africa and got to shop around for a sperm donor, eventually choosing one from Denmark.

"I spent £8,100 ($15,000 AUS) at the clinic and had two embryos transferred, as it was my final chance and I really wanted at least one of them to be successful.

"I was in the stirrups like Bridget Jones during the procedure."

After her time in South Africa, Manda travelled back to her home in Australia, crossing her fingers unsure if her pregnancy would be successful.

She said: "I went to my seven-week scan, genuinely worried that I would miscarry again after I had a hematoma bleed between the amniotic sacks.

"But my eyes almost popped out of my head when the woman pointed out that there were two babies."

Manda gave birth to her twins via c-section in August 2018 at the age of 50 after a relatively healthy pregnancy.

She added: "I was quite sick for the first five months of the pregnancy and had non-stop vomiting, and being an older woman, I had a lot of injections to help me along too.

"But both my girls came out perfectly happy and healthy."

Manda now spends as much time as possible with her daughters, claiming that being an older mum has many perks.

She said: "I feel as though, at 54, I'm a bit wiser and don't do technology the way younger parents do these days.

"So I'm out here spending more time playing with them at the park and doing fun activities, rather than ignoring them and being on my phone.

"Being freelance, and having my own business Maud N Lil Organic Cotton where we make organic comforters and soft toys for children, means I can spend as much time with them as I can.

"It's the best decision I've ever made."

Previous : Children skipping meals in majority of families in Lebanon, UNICEF says
Next : As winter arrives, Thunder Bay’s only funded, Indigenous-led street outreach is running out of money