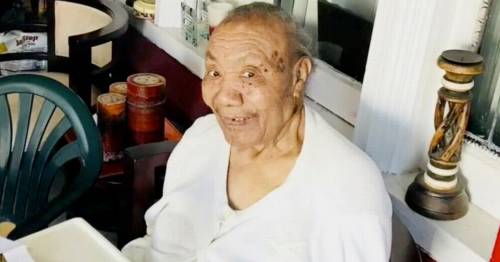 A woman who turned 106 last week has shared her secret to living for such a long time – saying it's all down to her love of Jesus, and Big Macs.

Dorothy Nedd was born in 1914 and she's lived through both World Wars, the moon landing, and now counts herself among the eldest people alive today.

She still looks after herself, mostly, but her granddaughter, Zulema, lives with her in Philadelphia, Pennsylvania, and helps keep an eye on things, as the Daily Star reports.

In a recent interview, Zulema said that Dorothy's secret to a long life was her love of Jesus and McDonald's Big Macs, as the pair would often enjoy one of the savoury burgers on the way back from church.

Dorothy has lived a long and interesting life
(

What do you think of Dorothy's trick? Let us know in the comments…

Zulema said: "Grandma always used to take me to church, and then after church we would sometimes go to the McDonald's and my grandma got a Big Mac. She was getting Big Macs for a long time."

Dorothy has always loved having her family around her, with nine great-grandchildren and one great-great-grandchild, but sadly she hasn’t been able to see so much of them in the past couple of years.

Is a love of Big Mac's the answer to a long life?
(

Zulema continued: "Our family would come over every Friday until the pandemic happened. We’re no longer doing that, so it’s just FaceTime, and they miss her, but nobody wants to jeopardise her”.

Still, Dorothy is living her best life. "I feel fine," Dorothy told FOX 29 News, saying that the only thing she wanted for her birthday is a little more "sweet living".

Meanwhile, because life's too short, a man turned down a job where he would have earned £200,000 a year – so that he could follow his dreams instead.

James Kerslake, 42, always knew he wanted to set up his own business, but he ended up working in finance and soon he had a high-flying career.

But then he went on holiday to Ibiza and he realised he had given up on his goals, so James, from Finchley, North London, decided to throw his career away and start his own cocktail company.

Now, James' business has gone from strength to strength and even though he admits staying in finance would have been more sensible, he said he never regretted turning his back on his career.

Do you have a story to share? We'd love to hear all about it. Get in touch via yourmirror@mirror.co.uk