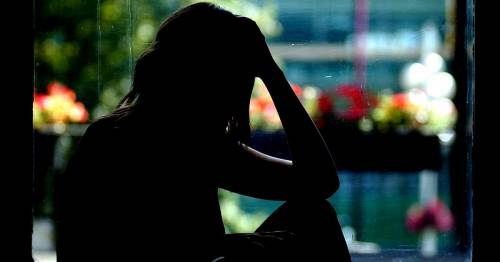 Woman ‘raped over 1,000 times’ as a child faces attacker in court after ‘nightmare’ – World News

A woman claims she was raped by the same man around a thousand times from childhood until she was an adult.

The defendant, 56, from Co Wicklow, Ireland, has pleaded guilty to 14 charges of rape, two of oral rape and one of sexual assault over a six-year period.

The woman – whose victim impact statement was read out during an initial sentencing hearing yesterday – said she is determined not to let the abuse define her, reports the Irish Mirror.

Mr Justice Paul McDermott remanded the defendant in custody as he adjourned the case until Friday at the Criminal Courts of Justice in Dublin.

Anne Rowland SC, prosecuting said the pleas were acceptable to the State on the basis that they were sample charges.

She said the woman told police that she was raped between four and five times per week by the man.

Counsel said the Director of Public Prosecution has directed that the case falls into the “exceptional category” for such offending, and suggested a sentence of between 15 years and life.

The court heard that following an initial abuse of the girl while in the sitting room of the family home, the man would regularly come into her bedroom at night and rape her.

The other members of the family, including his wife, were often in the house sleeping at the time.

The woman reported the abuse to police in 2019 following a text conversation with the man when he asked her if they “could go again?”

She took this to mean that he was asking to have sex with her.

At that point he had not raped her for a number of years but she was in the house and he had been drinking so she was worried he would come into her room.

It was at that point that she decided that she had to disclose the abuse. She told her younger siblings, her boyfriend at the time and then later police.

The man was arrested in December 2019.

His wife later made a statement in which she said he admitted to her that he had raped the girl.

The victim impact statement said the woman was still uncovering the ways the abuse has affected her life and said she had been hurt “in a way that no human should”.

“The abuse feels like a life sentence,” she said.

She said she came to the man’s home “craving love and acceptance”.

She described how the abuse began with the man asking her to lie on him and act as “his blanket” and how he made this behaviour out to be “a normal thing”.

She addressed the man directly and said he used “my small body for your sexual gratification” and she found it difficult to put into words the “excruciating pain” she experienced.

She was too scared to report the abuse because of what may happen to her younger brother and sister, who were also living in the home.

“I stand in front of you as a survivor,” the woman said before she added that she missed out on a childhood and her life “turned into a living nightmare”.

“The abuse brought me nothing but shame,” she said before she added that she has complete lack of self-worth and suffers from depression.

“Today is when I start to live. I am determined that I will not let this define me,” the woman concluded her victim impact statement.

Ronan Munro SC, defending said his client is “appropriately ashamed” of what he has done.

He has started attended counselling and “demonstrates that he is willing to engage to discuss these matters”.

Counsel said his client’s working life and marriage are over.

He is living as a recluse as he is ashamed to be seen locally and is drinking about four pints a night to help him to go to sleep.