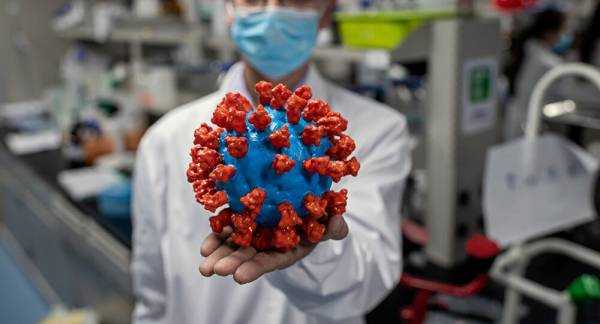 Trying to launch an international probe into the origins of the COVID-19 outbreak and China’s initial response independently of the WHO is evidently an effort by the US and its allies to manipulate it, deems retired UN expert Alfred de Zayas, stressing that Washington would have never given a green light to such a probe on its own territory.

The Trump administration is continuing to promote the idea that the novel coronavirus originated from the Chinese virology laboratory in Wuhan – despite a lack of evidence –  and urging the People’s Republic to grant access to the Wuhan Institute of Virology (WIV) to the US and “the world”.

Earlier, the US called for conducting an investigation into how China and the World Health Organisation (WHO) handled the coronavirus pandemic. The idea was echoed by Australia government officials who underscored the necessity to run an international probe into China’s COVID response “independently” of the WHO. The general idea of an inquiry into the origins of the virus was also backed by the British Ambassador Karen Pierce on 29 April and by President of the European Commission Ursula von der Leyen during her interview with CNBC on 1 May. For its part, China rejected the initiative as “politically motivated” and untimely.

The initiative backed by the US, Australia and the EU has no legal basis to stand on, underscores retired UN Independent Expert on the Promotion of a Democratic and Equitable International Order Alfred-Maurice de Zayas.

Alfred de Zayas: An investigation of the origins of the virus should be carried out at a later date, and it should be entrusted to the World Health Organisation (WHO), and not to an ad hoc “independent international commission” which would certainly be as politicised and antagonistic as the discredited Organisation for the Prohibition of Chemical Weapons (OPCW), which was set up with an ideal of independence and professionalism, but whose Syria investigations were fundamentally flawed and essentially destroyed its reputation and credibility. The US/Australian/EU proposal constitutes a pretty obvious political ploy and has no legal leg to stand on. It is tantamount to “weaponising” the pandemic in order to put the blame on China, who is envied and hated because of its economic power.

The order of the day must be international solidarity as provided for in the Draft Declaration on International Solidarity, submitted to the Human Rights Council by special rapporteur Virginia Dandan.

©
REUTERS / THOMAS PETERA scientist works in the lab of Linqi Zhang on research into novel coronavirus disease (COVID-19) antibodies for possible use in a drug at Tsinghua University’s Research Center for Public Health in Beijing, China, March 30, 2020

Sputnik: Are there any UN mechanisms of launching such an investigation? If so, why didn’t the countries launch this initiative through the UN?

Alfred de Zayas: As far as international law is concerned, the core legal instrument are the WHO Constitution and the 2005 International Heath Regulations, which 196 States have adhered to. The purpose of IHR is cooperation, not litigation. Article 56 of the IHR provides for dispute settlement through the good offices of the WHO. Trying to take the “investigation” out of the WHO is evidently an effort to manipulate it. In any event the IHR do not envisage strict liability of “absolute” liability. Article 56 stipulates:

“First, in the event of a dispute between two or more States Parties concerning the interpretation or application of these Regulations, the States Parties concerned shall seek in the first instance to settle the dispute through negotiation or any other peaceful means of their own choice, including good offices, mediation or conciliation. Failure to reach agreement shall not absolve the parties to the dispute from the responsibility of continuing to seek to resolve it.

Second, on the event that the dispute is not settled by the means described under paragraph 1 of this Article, the States Parties concerned may agree to refer the dispute to the Director-General, who shall make every effort to settle it.

Third, a State Party may at any time declare in writing to the Director-General that it accepts arbitration as compulsory with regard to all disputes concerning the interpretation or application of these Regulations to which it is a party or with regard to a specific dispute in relation to any other State Party accepting the same obligation. The arbitration shall be conducted in accordance with the Permanent Court of Arbitration Optional Rules for Arbitrating Disputes between Two States applicable at the time a request for arbitration is made. The States Parties that have agreed to accept arbitration as compulsory shall accept the arbitral award as binding and final. The Director-General shall inform the Health Assembly regarding such action as appropriate.”

©
REUTERS / MANAURE QUINTEROPeople wearing protective masks walk on a street during a nationwide quarantine as the spread of the coronavirus disease (COVID-19) continues, in Caracas, Venezuela April 20, 2020.

Sputnik: Would the US allow such an “independent” investigation to be held on its soil by a group of nations with or without a UN mandate? What legal precedent could such a non-UN inquiry set for the international community?

Alfred de Zayas: The US sees itself as an “exceptionalist” State, and it operates as if it were above international law. The US would certainly not accept any investigation on its territory. Already with regard to the International Criminal Court (ICC), the US went so far as to intimidate and threaten the judges and staff of the ICC if they dared continue with their investigation into war crimes and crimes against humanity in Afghanistan. They dared. Now let’s see how that plays out.

Sputnik: China says that a US and Australia-proposed international independent inquiry seems to be “politically motivated” and it’s not the time to launch the probe while China is struggling against the pandemic since it will divert its resources. What do you think about China’s stance? Are Beijing’s concerns justified and if so why?

Alfred de Zayas: Like everything in life – there are priorities. And, as the UN Secretary General and the UN High Commissioner for Human Rights have said, the priority now and for the duration of the crisis is international solidarity in combatting the pandemic. Hitherto China has been cooperating with the WHO on investigations. The proposal of an “international independent inquiry” is not a good faith initiative, but a distraction away from the outrageous unpreparedness of precisely those countries whose budgets for decades have prioritised military expenditures over the strengthening of health infrastructures, proper funding of research and development in the field of prevention of pandemics and in the development of vaccines. Even the WHO has been woefully underfunded. Give the WHO appropriate funding and it will do more for prevention and cure.