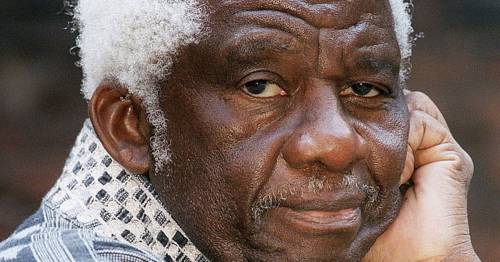 Who was Mazisi Kunene? Google celebrates one of Africa’s top poets who was forced to flee – World News

Today’s Google Doodle is as beautiful as it is intriguing. The search engine regularly acknowledges important people and events from around the world, and the latest instalment celebrates the life of one of Africa's top poets Mazisi Kunene.

Click yourself onto the Google homepage and you will sometimes find fun and colourful adaptations of the search engine's logo – click it and it will search a particular name or phrase for you.

They started when Google’s founders went to the famous Burning Man festival and left a little man standing over the word Google as a fun version of an ‘out of office' message.

Today's Google is in honour of what would have been anti-apartheid activist Mazisi Kunene's 92nd birthday.

The Doodle shows Mazisi going about his work, for which he gained fame as a figure in the opposition to the Apartheid regime in South Africa, his home nation. Here we take a closer look at who he was.

Who is Mazisi Kunene?

Mazisi Kunene is an icon of African poetry
(

In his work he covered the Zulu people’s culture.

He’s from Durban, the third biggest city in South Africa, and by the time he was 11 was writing in his local newspaper, sending in poetry and short stories.

At university, his postgraduate thesis discussed the dilution of Zulu culture in Western literature and by the time apartheid began in South Africa he was in a position to use his work so far to oppose the vile divide.

The South African government exiled him in 1959, when he fled to the UK.

During his exile here he published some of his biggest works, including The Ancestors and the Sacred Mountain, Anthem of the Decades and Emperor Shaka the Great.

The University of California in Los Angeles hired him as an African literature professor in 1975 and he spent the next two decades educating students there and working as an advisor to UNESCO .

After apartheid ended he went back to South Africa, where he resumed his writing in Zulu, being made Poet Laureate in 1993.

Today, the Mazisi Kunene Foundation Trust works still to help the next generation of literary workers in Africa.

Mazisi Kunene passed away in 2006 in his hometown of Durban.

Previous : Hero saves girl, 3, from 100ft drop by catching her as she dangles from window – World News
Next : Brits only feel good for an average of 47 per cent of the time, research finds