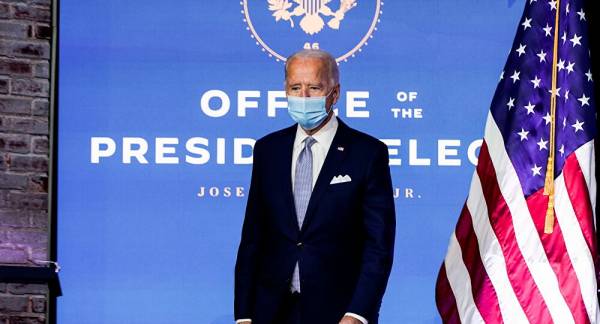 The Biden-Harris transition team earlier complained that they were not receiving daily intelligence reports, with transition aide Jen Psaki saying they want access so that they can “prepare to govern”.

The Trump administration has given approval for Democrat Joe Biden to receive the President’s daily intelligence reports, CNN reported on Tuesday citing an administration official.

“The White House has given formal approval for President-elect Joe Biden to receive the President’s Daily Briefing… Coordination on when he’ll receive his first one is underway currently”, the report said.

The report described the President’s Daily Briefing as a daily rundown of threats and intelligence developments compiled by the national security community.

On Monday, the US General Services Administration notified Biden in a letter that the transition of power could start. GSA head Emily Murphy said she took the decision independently and was in no way pressured by anyone from the current administration to delay the announcement.

The decision has made millions of dollars in official funds available to the Biden team, while it also allows him to coordinate with current federal government officials.

Following the GSA’s letter, incumbent President Donald Trump tweeted that “in the best interest” of the United States, he is advising Emily Murphy and her team to “do what needs to be done with regard to initial protocols”.

With the GSA’s decision, Biden declared the presidential race over.

The election is over.

It’s time to put aside the partisanship and the rhetoric designed to demonize one another.

We have to come together.

Meanwhile, Biden has already named several people to fill key posts in his administration, most of whom are former officials in the Obama administration. They include Antony Blinken – a former Obama administration official and a strong backer of multilateral institutions – as the nominee for Secretary of State, Alejandro Majorkas, a lawyer with an immigrant background, as future head of the Department of Homeland Security, and Avril Haines as Director of National Intelligence.

Today, the US states of Pennsylvania and Nevada have certified the former vice president as the winner in the 2020 election. Earlier, the battleground states of Michigan and Georgia certified their vote results in favour of Biden.

Since preliminary results of the 2020 race were announced, the Trump campaign has sought to challenge the vote counting process. According to President Trump, this year’s election was rigged by Democrats through election fraud and irregularities in order to make sure their candidate, Biden, came out ahead.

Despite allowing for the transition process to start, Trump has refused to concede, stating that the decision to declare the next US president does not lie with the GSA and vowing to continue his team’s legal battle to ensure all ballots cast in the 2020 election are legitimate.

Remember, the GSA has been terrific, and Emily Murphy has done a great job, but the GSA does not determine who the next President of the United States will be.

The Trump campaign has filed lawsuits in several battleground states where it believes election fraud had taken place.