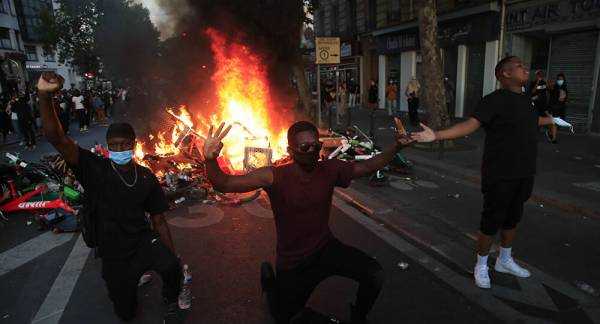 Without offering evidence, a senior Trump administration official recently claimed the White House had information that supported claims that people who have been instigating violence at protests honoring George Floyd in Miami, Florida, may be linked to Venezuelan President Nicolás Maduro.

“We are aware of efforts by individuals linked to America’s adversaries, including the illegitimate regime of Venezuela’s Nicolas Maduro, to instigate conflict, help incite violence, and divide Americans by exploiting peaceful protests,” a senior Trump administration official, who spoke on the condition of anonymity, told the Miami Herald.

US Senator Rick Scott (R-FL) also referenced a Diario Las Américas news report last week titled “Latin American radical left infiltrates protests in the US,” warning that the US government would crack down on operatives in Miami in a Wednesday tweet.

“Senator Scott is very concerned with reports of protestors in Miami with ties to Latin American regimes and dictators like Nicolas Maduro and organizations like the FMLN [Farabundo Martí National Liberation Front],” Scott spokesperson Chris Hartline said in a statement to the Miami Herald.

Reports that operatives from Venezuela and Cuba may be infiltrating Miami protests first appeared last Monday on a blog titled “Primer Informe,” run by former El Nuevo Herald reporter Casto Ocando. According to the report, “A group of people detained by the FBI in Miami and other cities in the United States during violent protests over the weekend, admitted that they received payments to participate in the protests of activists of Cuban and Venezuelan origin.”

The Miami Herald has also reported there have been Chavistas and other leftists at Miami protests, with a Univision reporter recently filming a protester holding the flag of Nicaragua’s Sandinista National Liberation Front in downtown. Another protester was pictured wearing a hat that features the Venezuelan flag. Chavism is a left-wing political ideology associated with former Venezuelan President Hugo Chávez.

The FBI also provided little information to the Miami Herald, saying: “Per FBI policy, we would not confirm or deny the existence of this type of investigation.”