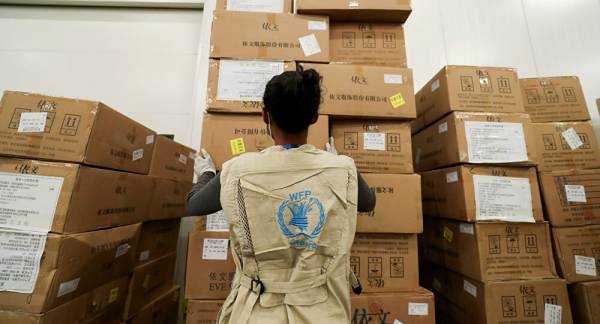 MOSCOW (Sputnik) – The United Nations World Food Program (WFP) has resumed its supplies to North Korea that have been hampered by coronavirus-related movement restrictions and expects the imports to reach the levels that were in place before the pandemic, Elisabeth Byrs, a senior spokeswoman in WFP Geneva Office, said on Monday.

“Lately, we have been confronted with obstacles just like those we have been experiencing elsewhere in the world because of COVID-19, including a slow-down in maritime transport and restrictions on movement for our staff. However, we are working closely with the government to find solutions. The import of our supplies has resumed and it is expected to reach pre-COVID levels within the next few weeks,” Byrs said.

The spokeswoman argued that the WFP’s operations in North Korea would continue amid the pandemic, noting that providing food and nutrition assistance had become critical in the time of the health crisis.

According to the spokeswoman, due to the pandemic, planting of the summer crops may be delayed in North Korea, which is extremely disaster-prone. In addition, given that climate-related shocks are also on the rise in the country, households may have fewer resources to go around.

Byrs continued by emphasizing that the UN food-assistance program had a severe funding shortage that led to reductions in the scope of its work even before the crisis triggered by the pandemic.

In April, the WFP warned that the crisis triggered by the pandemic could generate multiple famines of “biblical proportions” in the world. The UN branch called on the international community to ensure uninterrupted food supplies to the poorest countries, as existing food stockpiles would last only for a few months.

The WFP has said that North Korea was among the 49 countries that faced high risks of poverty and food shortages due to the coronavirus crisis.