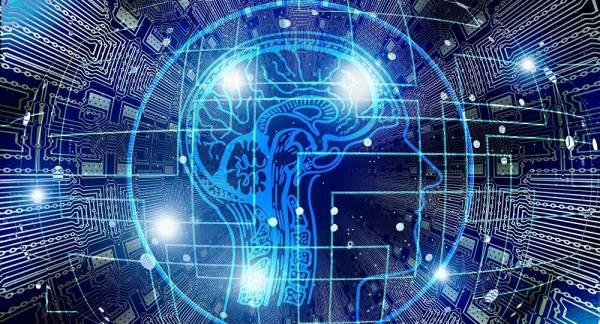 Faculty Science Ltd, a London-based technology company, has worked extensively on digital solutions for improving communication with the public on over 200 artificial intelligence projects since its inception in 2014, and is currently working at the heart of the UK government’s response to the COVID-19 pandemic.

The AI startup Faculty, which was hired to provide data science services for the Vote Leave campaign, run by UK Prime Minister Boris Johnson’s current senior adviser Dominic Cummings from 2015 to 2016, is reportedly expanding its footing in Whitehall, having secured at least seven government contracts to the tune of almost £1 million in the space of 18 months, writes The Guardian.

Faculty has been working on a spate of tools for NHSX, a UK Government unit entrusted with developing National Health Service (NHS) digital and data technology.

The project is a data-mining operation that involves processing large volumes of confidential UK patient information together with Palantir Technologies, the private US software company specializing in big data analytics, founded by libertarian billionaire Peter Thiel.

Besides efforts linked with the COVID-19 response, one contract in 2018, secured by the company under its earlier name of ASI Data Science and Advanced Skills Initiative Ltd and worth £32,000, reportedly covered the costs of fellowships for data scientists working on digital solutions for city governments.

In 2019, on the day when it was rebranded into Faculty Science, the firm swept up a contract to a tune of £250,000 from the Department for Digital, Culture, Media and Sport. The project was entrusted with running a cross-government review “to identify the most significant opportunities to introduce AI across government with the aim of increasing productivity and improving the quality of public services”.

The project brought Faculty together with two government departments – the Office for Artificial Intelligence and Government Digital Service (GDS).

Lord Theodore Agnew, Minister of State at the Cabinet Office, is one of Faculty’s shareholders, having owned shares worth around £90,000 for the past four years.

This February it was announced that Lord Agnew had become a minister in the Cabinet Office and Treasury, responsible for the Government Digital Service (GDS).

Watchdog group Spotlight on Corruption had been urging that the minister sell his shares in Faculty due to a perceived conflict of interest.

However, a government spokesperson was cited by the outlet as insisting Lord Agnew played no role in awarding contracts to Faculty, having followed appropriate procedures and declared his shareholding in the House of Lords register of interests.

Faculty is believed to have strong links to senior Tory figures both at Downing Street and the Cabinet Office, and was enlisted last year to study methods of successfully implementing digital solutions in diverse spheres of government. However, recently, the startup has been involved in a conflict of interest scandal.

Faculty is run by Marc Warner, whose data scientist brother Ben Warner was reportedly recruited by Cummings in 2019 after carrying out data modelling for the general election campaign of the UK’s Conservative party.

Ben Warner, formerly a senior employee at Faculty who was involved in the startup’s first high-profile gig – providing digital services for the Vote Leave campaign, was revealed by The Guardian earlier to have attended meetings of the Scientific Advisory Group for Emergencies (SAGE) alongside Cummings.

According to a source attending SAGE meetings offering government ministers advice on the COVID-19 pandemic and efforts to deal with it, Warner was a regular participant of the gatherings and was seen to “behave as Cummings’ deputy”.

On 1 April it was reported by the Times that Faculty’s chief executive, Marc Warner, similarly attended a critical SAGE meeting in March, before the lockdown in the UK.

While the AI company insisted his presence was in an observer capacity, Warner explained that he was seeking to align Faculty’s efforts with the overall strategy adopted by the government.