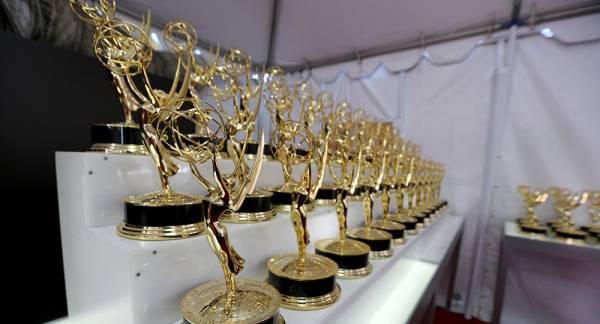 The coronavirus pandemic prompted organisers of the show to search for modern solutions, so this year the event is taking place virtually, with no guests on the red carpet.

The 72nd Emmy Awards is underway in the Staples Center in Los Angeles, California, hosted by comedian James Kimmel, who presented the awards last year.

In his opening speech, Kimmel ensured viewers he is “alone” in the audience, taking a shot at President Donald Trump for his “Make America Great Again” rallies.

“Of course I’s here all alone. Of course we don’t have an audience. This isn’t a MAGA rally, it’s the Emmys!” the comedian said.

The show is still on, but the major winners have already been announced. TV Series “Schitt’s Creek” took all comedy categories, including the best comedy series, and was, apparently, overwhelmed with the news.