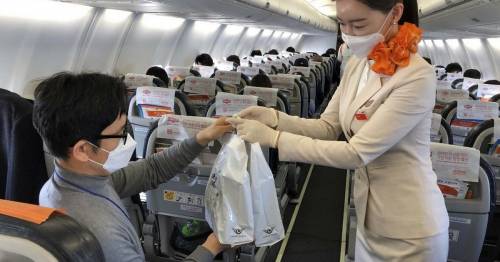 VIP shoppers boarded a two-hour flight to nowhere so they could get their hands on cut price airport bargains.

Passengers clambered onto the Air Busan Co flight which then soared up into the sky, briefly entered Japanese airspace and then landed back in South Korea’s Incheon Airport.

Because they'd technically left South Korea, the 130 customers onboard were able to hoover up some tax-free goodies once back on land.

The destination-less flight was laid on by Lotte Duty Free and cost the passengers nothing.

It was an attempt by the operator to boost business after an awful year of trading. 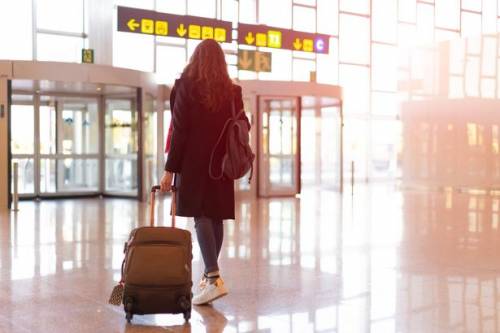 The passengers jetted off only to do a circle and then touch back down again (stock photo)
(Image: Getty Images/iStockphoto)

If they all flew for two hours in a Boeing 737, then they would have collectively spewed 1,440,000kg of Co2 into the atmosphere.

That is the equivalent amount of global heating accelerating emissions as a petrol car driving constantly for a year and four months.

She ended up spending £420 on cosmetics.

“It was nice to be back at the airport,” she told Bloomberg. 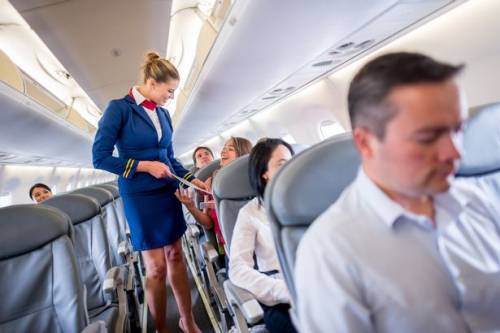 The flights spewed a lot of Co2 into the atmosphere (stock photo)
(Image: Getty Images)

The duty-free market was big business before the pandemic struck and global passengers plunged from 4.5billion in 2019 to 1.6billion last year.

The market was on track to reach just shy of £100billion by 2027, according to Verified Market Research.

Shoppers such as Hyun Jung-a, who was onboard the flight from and to Incheon Airport, bagged some big bargains including a Chanel bag, shoes and cosmetics.

“I saw a lot of people with bags full of duty-free items,” she said.

“I tell all my friends that it’s worth taking the flight because of the duty-free shopping opportunity.”

Sung Junewon, an analyst at Shinhan Investment Corp. in Seoul, said the contribution to the industry from the flights to nowhere was "small" but "better than nothing."