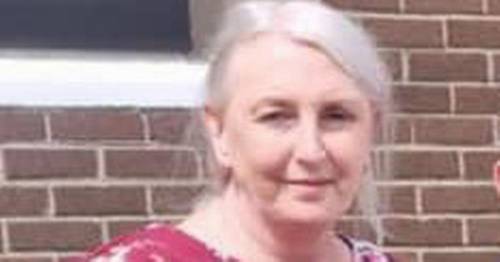 Police have launched an urgent search for a killer who stabbed a woman a dozen times in her own home.

Mother-of-two Lisa Thompson, 51, was found dead at her property in Ballymun, near Dublin, Ireland, on Tuesday afternoon.

The Irish Mirror report that Gardai were called to the scene at 3.30pm after being alerted by the Dublin Fire Brigade.

Locals gathered at the scene on Tuesday evening, as forensic officers combed the area around the back of Ms Thompson’s home.

She was stabbed 12 times at the property
(

Tributes have been paid to the "lovely" mum

An exact motive for the killing had not been established last night — and Gardai are now hunting for the person responsible.

Ms Thompson was described by devastated friends at the scene as a “lovely, genuine person who loved her kids”.

Neighbours were in shock that such a horrific crime would be committed not only in their area, but to such a normal, well-loved mother.

One friend told how Lisa used to be a Youth worker in the Ballymun Youth Resource centre in the area, known as the RECO.

“I got to know her in the RECO a few years back. She was great with all the kids,” one heartbroken pal said at the scene.

“She loved her kids and loved her life. She was just a genuine, really nice girl. I can’t understand it at all. She wasn’t out on the streets or anything like that.”

The friend told how the news of Lisa’s death came as a huge shock.

“I spoke to her on Facebook. It’s a huge shock. I came out and someone said a girl called Lisa has been badly hurt. The minute I heard a tall girl I thought Lisa Thompson. I couldn’t believe it.

Gardai attended the scene where a female was found dead
(

“She loved her kids. Loved life. I think she was a stay at home Mammy. I’m really in total shock. My jaw nearly hit the ground when I heard it.”

On Tuesday evening, the body of Ms Thompson remained at the scene as investigators continued to search the area. Gardai were also seen carrying out house-to-house enquiries in the area.

In a statement, police said they were investigating all the circumstances of the death of a woman in her 50s at the address in Ballymun.

An Garda Siochana has described the death as “unexplained” in the official statement. It is understood Gardai are now set to launch a full murder probe into Ms Thompson’s death.

An incident room is to be set up in Ballymun garda station as officers work to uncover what exactly led to the woman’s death.

Previous : Facebook axes FIVE features including location tracking in major overhaul of services – World News
Next : Family £3,000 out of pocket and banned from boarding flight due to Brexit passport rule