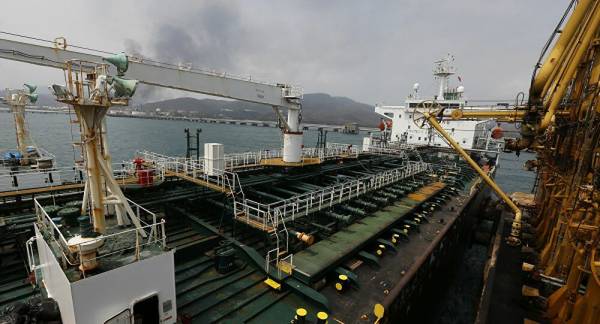 Earlier, Reuters reported that at least two tankers heading to Venezuela to load crude oil returned, and the three other vessels moved away from Venezuelan waters after the United States indicated that it was exploring the possibility of adding dozens of oil vessels to the sanctions lists.

Last week, the United States imposed sanctions against four entities and four oil tankers sailing under the flags of Panama, Bahamas, and the Marshall Islands over their alleged involvement in Venezuela’s oil trade.

Venezuela recently obtained a large shipment of gasoline and the components required to produce it from Iran, with all ships receiving a military escort after the United States said it was considering its options in response to the deliveries.

The Latin American nation has been suffering from US-imposed sanctions amid the ongoing political and economic crises in the country.

Previous : US Judge Denies Media Request for Restraining Order Against Police Amid Protests
Next : Planet Labs Inc Satellites to Take Better Earth Imagery ‘That Anyone Can Access by Paying a Fee’