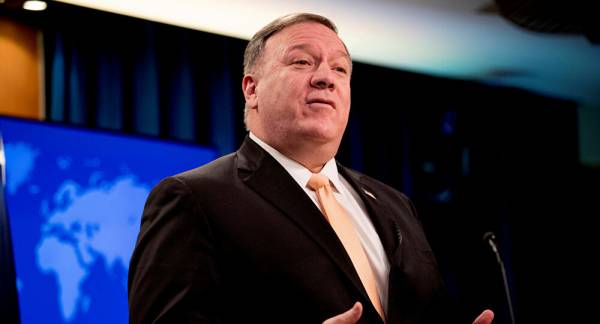 WASHINGTON (Sputnik) – The United States will “make sure” that Iran will be unable to purchase conventional weapons when an international arms embargo imposed on the country expires in October, US Secretary of State Mike Pompeo said in a press briefing on Wednesday.

On Sunday, US media reported that Pompeo was putting together a strategy to try to force an extension of an arms embargo against Iran or re-impose harsher sanctions if the UN Security Council declines to extend the arms embargo.

Under the strategy, the United States may claim that it formally remains a partner in the 2015 Joint Comprehensive Plan of Action (JCPOA) although the Trump administration announced a withdrawal from the nuclear agreement in 2018.

When asked if the United States can make the argument that it is still a participant in the JCPOA, Pompeo said that UN Security Council Resolution 2231, which endorsed the Iran nuclear agreement, is “unambiguous” and the rights that accrue to participants in the resolution are fully available to them.

In 2018, the United States abandoned its conciliatory policy on Iran and hit the country with comprehensive sanctions tailored to bring oil exports to zero. In response, Iran also discontinued its commitments under the nuclear agreement.

Previous : Power Games: What McCain, Soros and the Clintons Have in Common
Next : WhatsApp Blasts Israeli Firm for ‘Being Deeply Involved’ in Hacking 1,400 Users, Court Files Say