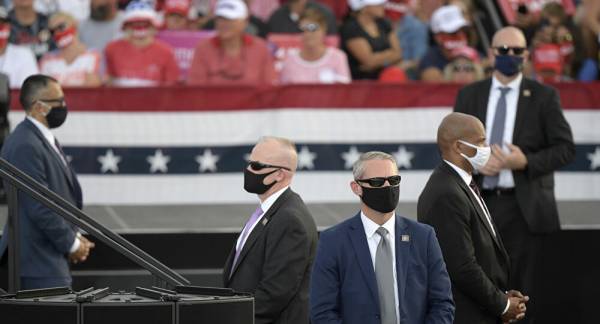 Ever since legislation was passed in 1965 by the US Congress, the Secret Service has been authorized to protect former US presidents and their spouses for the remainder of their life, unless they opt to decline the added protection.

Secret Service agents assigned to US President Donald Trump’s detail have reportedly recently been asked whether they’re interested in relocating to Palm Beach, Florida, where Trump has taken up residence at his Mar-a-Lago resort after changing his official residence from New York to the Sunshine State in 2019.

Trump will be required to spend at least six months of the year in order to maintain his residency status in Florida.

It is presently unclear how many agents have been tapped to relocate to Florida or have been asked about the potential switch. The latest figures released by the agency states that approximately 3,200 agents are employed by the service; however, it’s uncertain how many agents may be assigned to a former president’s security detail, as the amount often varies.

Citing sources familiar with the matter, ABC News reported late Monday that in addition to agents being asked about a transfer to the service’s Florida branches, officials stationed at the Miami field office have begun to look into bolstering security reinforcements at Mar-a-Lago, also coined by Trump as the “winter White House.”

Although the Secret Service has declined to comment on the development, as that would undermine the effectiveness of ongoing security operations, sources told the outlet that “updates” to the living quarters of the president and the first lady at the resort are fully underway.

Additionally, a police source informed the ABC outlet that the New York Police Department would begin to work alongside the Secret Service to reduce the upped presence of law enforcement officials at the Trump Tower in Manhattan. The partnership is set to begin executing its new objective come Inauguration Day on January 20, 2021.

The revelation came just hours after Emily Murphy, the administrator of the General Services Administration (GSA), issued a letter to presumed US President-elect Joe Biden, indicating that the US presidential transition process would begin and funds would be made available to support the changeover.

Within moments of the announcement, which was first picked up by CNN, Trump acknowledged the decision, indicating that he had recommended “that Emily and her team do what needs to be done with regard to initial protocols.” However, it’s worth noting that Trump has still promised to continue with his lawsuit challenges that allege voter fraud was rampant in the US election.

After having endorsed the GSA’s move, Trump tweeted Tuesday that while the agency “has been terrific,” it “does not determine who the next President of the United States will be.” Though it is only the official count of the Electoral College votes that determines the winner of a US election, the GSA move is the first official signal of a formal winner of a presidential race.