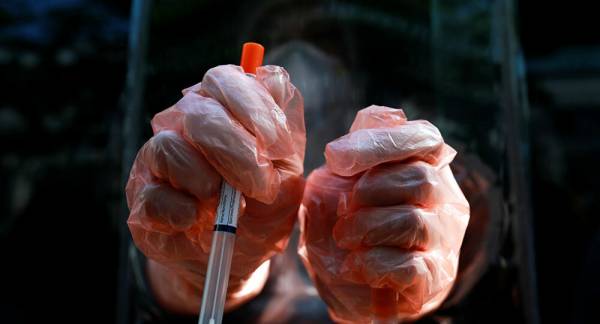 The development comes as the US Food and Drug Administration has authorised the use of remdesivir, a drug originally developed to treat Ebola. It will be used on people hospitalised with COVID-19. A recent trial showed that remdesivir helps shorten the recovery time, however, it doesn’t improve survival rates.

US scientists working for the military have designed a COVID-19 test that could potentially identify virus carriers before they become infectious and spread the disease, The Guardian reported. Researchers hope that their creation will be able to detect the virus as early as 24 hours after an individual is infected – 4 days earlier than existing tests. Unlike nasal swab tests that hunt for the virus itself, the new test looks at the body’s response to the disease.

The project developed by the US Defence Advanced Research Projects Agency (DARPA) was initially designed to quickly detect germ and chemical warfare poisoning, but was repurposed after the coronavirus outbreak. It will be now be evaluated by the US Food and Drug Administration and should it be approved it could become the absolute gamechanger, said Dr Brad Ringeisen, head of DARPA’s biological technologies office. “The concept fills a diagnostic gap worldwide”, said Ringeisen.

The development comes as some countries prepare to ease lockdown measures introduced to curb the spread of the virus. Opponents of lifting restrictions say this may bring a second wave of the outbreak.