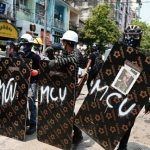 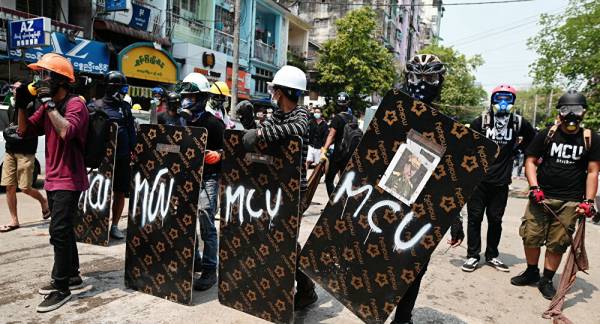 Myanmar security forces on Sunday opened fire on protesters over the weekend, killing at least 114 civilians in 40 cities and towns across the country. Two UN officials have condemned the attacks on peaceful demonstrators in the country and have urged the international community to help safeguard the country’s population.

The Biden administration on Monday suspended a trade pact with Myanmar, formerly known as Burma, following the violent attacks against protesters. Demonstrators have been protesting since last month, when democratically elected members of Myanmar’s ruling party, the National League for Democracy (NLD), were toppled by Myanmar’s armed forces, the Tatmadaw.

“The killing of peaceful protesters, students, workers, labor leaders, medics and children has shocked the conscience of the international community,” United States Trade Representative Katherine Tai said in a statement obtained by The New York Times, noting that trade would be halted until a democratically elected government is restored.

“These actions are a direct assault on the country’s transition to democracy and the efforts of the Burmese people to achieve a peaceful and prosperous future,” Tsai noted.

Jen Psaki, the White House press secretary, also confirmed during a Monday briefing that the suspension would take effect immediately.

“We’re deeply concerned by the recent escalation of violence against peaceful protesters in Burma,” Psaki said. “Burmese security forces are responsible for hundreds of deaths in Burma since they perpetrated a coup on February 1st.”

Figures from The Assistance Association for Political Prisoners (AAPP) in Myanmar, a nonprofit organization, show that as of March 29, at least 510 people have been killed by the junta since the coup, including 90 people killed during protests on Saturday alone.

After the widespread bloodshed over the weekend, Alice Wairimu Nderitu, Special Adviser on the Prevention of Genocide, and Michelle Bachelet, High Commissioner for Human Rights, condemned the attacks against the protesters.

“The shameful, cowardly, brutal actions of the military and police – who have been filmed shooting at protesters as they flee, and who have not even spared young children – must be halted immediately,” they said in a joint statement released Sunday.

They also called on the international community to “take timely and collective action in accordance with the Charter of the United Nations to protect civilian populations that are at risk of atrocity crimes.”

On February 1, Myanmar’s military seized power and announced a one-year state of emergency and vowing to take action against alleged voter fraud during the November 8 general election. The military said it was committed to the democratic system and vowed to hold new and fair elections after the state of emergency ends.

The United States and the United Kingdom have imposed sanctions against multiple individuals and entities affiliated with Myanmar’s military, as well as some of Myanmar’s conglomerates.