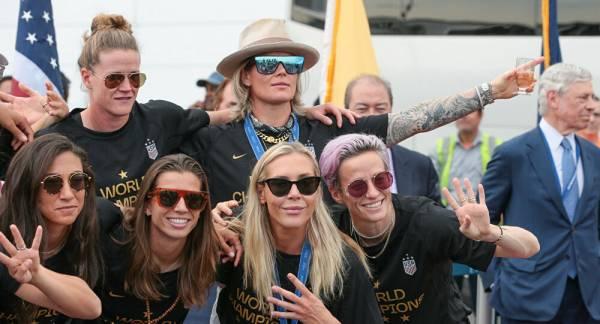 US Judge R. Gary Klausner of the Central District of California has ruled against the gender pay gap lawsuit filed by the US Women’s National Soccer Team (USWNT).

​A trial is expected to begin June 16 regarding the players’ claims of unequal treatment in housing, travel and other matters.

“We are shocked and disappointed with today’s decision, but we will not give up our hard work for equal pay. We are confident in our case and steadfast in our commitment to ensuring that girls and women who play this sport will not be valued as lesser just because of their gender. We have learned that there are tremendous obstacles to change; we know that it takes bravery and courage and perseverance to stand up to them,” Levinson said, Goal reported.

The USWNT filed a lawsuit in March 2019 against the US Soccer Federation, accusing the sports organization of “institutionalized gender discrimination.” All current 28 members of the team are plaintiffs in the case.

Carlos Cordeiro, the current president of the US Soccer Federation, said in August that the USWNT has been paid more than the Men’s National Team over the last decade. Female players have a guaranteed salary plus bonuses for matches, while men have no fixed salary and are only paid for the training camps they attend and the games they play, plus game bonuses. Apart from this, female players receive benefits, such as health care, that are not provided to the men, Cordeiro said.

Previous : White House Blocks Fauci From Testifying on COVID-19 Response – House Panel Spokesperson
Next : From scarves to HEPA filters, what kind of face covering is your best bet against coronavirus?