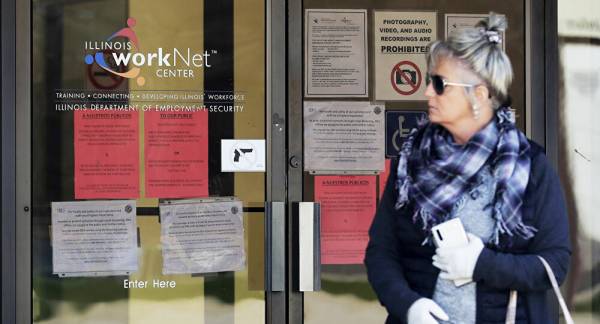 WASHINGTON (Sputnik) – Some 778,000 Americans filed for jobless benefits last week, up about 4 percent from the previous week and higher for a second straight week, Labour Department data showed on Thursday, as the US job market continued to struggle nine months into the coronavirus pandemic.

“In the week ending 21 November, the advance figure for seasonally adjusted initial claims was 778,000”, the department said in a news release.

Claims also rose in the previous week to 14 November, rising by 32,000 and breaking four weeks of declines prior to that.

Continuous claims for the latest week in review, however, showed fewer filings from the previous week. Some 6.07 million Americans were on continuous claims for the week ended 21 November, versus 6.37 million during the week to November 14. The unemployment rate for last week, meanwhile, stood at 4.1 percent, down 0.2 percentage point from the previous week.

The United States lost more than 21 million jobs between March and April, at the height of lockdowns forced by the COVID-19. A rebound of 2.5 million jobs was logged in May and 4.8 million in June, before the recovery began slowing. For all of September, there were just 661,000 jobs added.

Despite the rebound, the economic outlook for the United States remains dire with a rash of new coronavirus infections reported across a nation with 12.6 million COVID-19 cases since January and almost 260,000 fatalities. Hospitalization has also hit daily record highs of above 100,000 in recent weeks, even as vaccine development efforts have been showing promise.