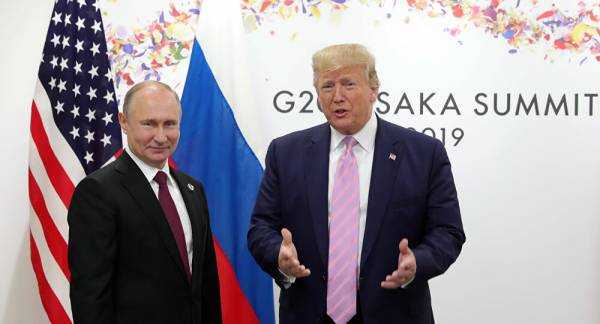 On Friday, the chairs of four House committees sent a joint letter to the White House accusing US President Donald Trump of “providing or selling ventilators to other countries as gifts or favors to serve your own political or personal interests” and demanding a summary report of Trump’s recent talks with Russian President Vladimir Putin.

On Thursday, the US Embassy in Moscow noted that 50 of 200 ventilators promised to Russia had arrived, part of a $5.6 million humanitarian package intended to help the country with the second-most detected COVID-19 cases. On Friday, Trump received a letter from Democratic lawmakers protesting the move and demanding answers, including a report on his talks with Putin.

“It does not appear that your Administration has any policymaking process in place to determine whether these ventilators are going to the countries where they are needed most and whether their delivery will advance our national security and foreign policy interests,” reads the letter, which was signed by Oversight and Reform Committee Chair Carolyn Maloney (D-NY), Foreign Affairs Committee Chair Eliot Engel (D-NY), Appropriations Committee Chair Nita Lowey (D-NY), Select Subcommittee on the Coronavirus Crisis Chair James Clyburn (D-SC) and ORC Subcommittee on National Security Chair Stephen Lynch (D-MA).

The lawmakers note it is inappropriate for Trump to commit aid to Russia when the US has the world’s most COVID-19 cases and there is widespread professional belief that ventilator shortages remain in the near future for the US, and because Russia has such a large GDP.

Last week, Russian authorities were forced to recall Aventa-M ventilators recently built at a Urals region factory after several ignited while in use, causing fires that killed several patients at St. Petersburg and Moscow hospitals. According to Johns Hopkins University, Russia has roughly 326,000 COVID-19 cases.