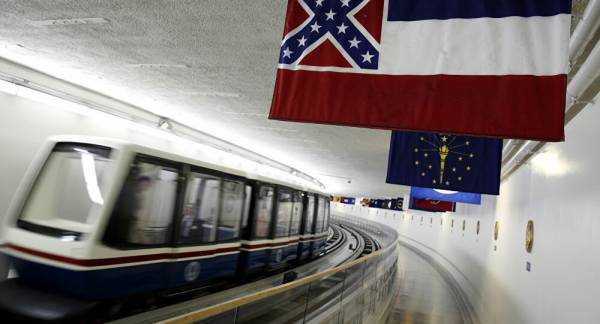 “A flag is a symbol of our present, of our people and of our future. For those reasons, we need a new symbol,” Reeves said.

The measure to change the flag was fast-tracked over the weekend and passed Sunday with a 91-23 House of Representatives vote followed by a 37-14 Senate vote, NBC News reported.

The bill also states that a commission will decide on a new flag design that removes the Confederates symbol but still incorporates the “In God We Trust” slogan. A redesign approved by the committee will be included on the November ballot. If the new design is rejected, the commission will design a new flag that will then be presented to the legislature.

Earlier this month, the National Collegiate Athletic Association (NCAA) said it would not hold events in states where the Confederate flag has a “prominent presence.”

Mississippi’s current flag was adopted in February 1894. Previous attempts to redesign the flag have failed over the years.

Previous : EU Relaxes Border Restrictions for 14 ‘Safe’ Countries – What Does This Mean for Travelers?
Next : Gold in London bank sparks battle between Venezuelan rivals