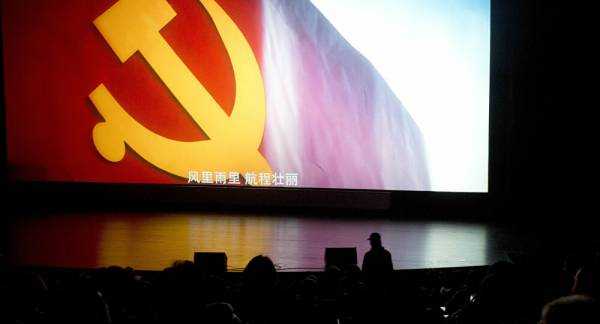 The official’s potentially inflammatory remarks came less than a day after the release of a report by China’s Ministry of State Security to President Xi Jinping warning him that Washington will try to weaken the country’s ruling party by shaking public confidence in its competence to govern in the wake of the coronavirus pandemic.

US Deputy National Security Advisor Matthew Pottinger has taken aim at China’s Communist Party and urged the Chinese people to carry out “acts of bravery” big and small to transform the country’s ‘undemocratic’ nature.

In a Mandarin-language speech on Monday commemorating China’s May the Fourth movement, a political movement which formed in 1919 in the wake of protests by Chinese university students demanding that the government not sign the Versailles Treaty and, more broadly, called for literacy and modernization, Pottinger pondered the event’s contemporary relevance.

“We have seen big acts of moral and physical courage recently by people pursuing the ideals that [May the Fourth leaders] Hu Shih and PC Chang championed a century ago,” Pottinger suggested. “Some are political insiders; some have devoted their lives to God. Others follow the long tradition of scholars serving as China’s conscience. Many are regular citizens.”

Among them, the official said, were the “20 Catholic priests who have refused to subordinate God to the Communist Party, and the millions of Hong Kong citizens who peacefully demonstrated for the rule of law last year. The list goes on.”

It’s up to “the Chinese people” to decide whether May the Fourth’s “democratic aspirations remain unfulfilled for another century,” Pottinger said, wondering aloud whether its core ideas will “be deleted or distorted through official censorship and disinformation.”

“Will its champions be slandered as ‘unpatriotic’, ‘pro-American’, ‘subversive’? We know the Communist Party will do its best to make it so,” Pottinger suggested.

Commenting on Pottinger’s speech, Bonnie Glaser, senior China expert at the Center for Strategic and International Studies, a major Washington-based think tank that advises US policymakers on China, called it “the most remarkable speech we’ve ever seen from anyone in the Trump administration.”

China has repeatedly called on foreign powers and officials to stop interfering in the country’s internal affairs.

Pottinger’s remarks come on the heels of a report by Reuters Monday that China’s Ministry of State Security had briefed President Xi Jinping last month about growing anti-Chinese sentiment in some countries due to the coronavirus pandemic, with such sentiments now said to be the highest they’ve ever been since the 1989 crackdown on Tiananmen Square protesters. The report, reportedly drafted by China’s Institutes of Contemporary International Relations, reportedly informed Xi that the US considers Beijing’s recent rise an economic and national security threat, and a challenge to ‘Western democracy’. The report also pointed to an effort by Washington to try to undermine the Chinese public’s faith in the country’s ruling Communist Party.

In recent weeks, as the global health and economic consequences of the coronavirus continue to take their toll, the world’s two economic superpowers have resorted to blaming one another for the pathology’s spread, with President Donald Trump claiming last week that he is sure the virus escaped from the Wuhan Institute of Virology, even as many of his own intelligence officials have said that the virus is “not manmade or genetically modified.” Trump’s claims follow a statement by a Chinese foreign policy spokesperson in March that the US military may have brought the virus to China.