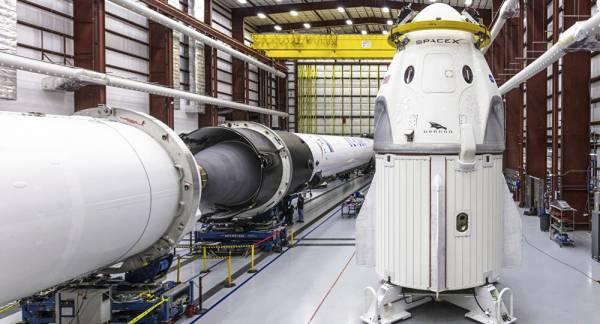 On 27 May, NASA will send American astronauts to the International Space Station (ISS) from US soil for the first time since 2011.

NASA Astronauts Douglas Hurley and Robert Behnken hold a press conference at the Johnson Space Centre in Houston ahead of a historic launch from US soil to the International Space Station on the Crew Dragon spacecraft.

ISS rules require at least one Russian and one US crew members to stay aboard the orbital outpost at all times to operate their respective systems. Russia’s Oleg Skripochka and US’s Jessica Meir and Drew Morgan returned from the mission on 17 April, leaving Anatoly Ivanishin, Ivan Vagner, and Chris Cassidy behind.

The US Space Shuttle programme of manned spaceflights ended in 2011. Since then only Russian Soyuz rockets have sent crews to the International Space Station.