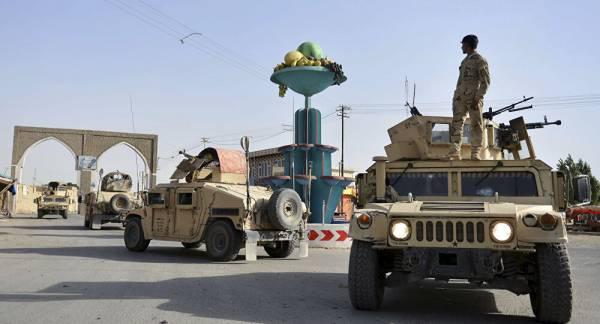 In February, the US and the Taliban signed an agreement to end their 19-year conflict. According to the deal, the militant group promises that Afghan soil will not be used as a launch pad threatening American security, while NATO and the US will withdraw all of their troops within 14 months, if the Taliban honours its obligations.

The representative of US forces in Afghanistan and the spokesman for the Taliban militant group have engaged in a war of words on Twitter over the rise of violence in Afghanistan. In a veiled accusation against the Taliban, Colonel Sonny Leggett warned that attacks would result in retaliation.

​In another post, in which he tagged Zabihullah Mujahid, the Taliban’s spokesman, Colonel Leggett said: “Let’s clarify: The people of Afghanistan want peace the world has asked the Taliban to cease violence and focus on COVID-19. Now is the time to stop the violence”.

Mujahid’s response was not long in coming, as the militant group’s spokesman warned US military officials against provocative statements and noted that the Taliban is committed to the agreement that the sides signed on 29 February.

​Since the signing of the deal to end the 19-year conflict, both sides have been accusing each other of violating the agreement. The Taliban said that US forces had conducted strikes against the group in non-combat zones, a claim that Washington has denied. Meanwhile, Afghan officials have accused the Taliban of kidnapping and killing civilians.

In turn, the militant group has criticised Afghan authorities for delaying the release of 5,000 Taliban prisoners, one of the conditions of the peace agreement.

According to Reuters, Taliban militants have carried out more than 4,500 attacks since the signing of the peace deal. Most of these have occurred in the provinces with the highest number of coronavirus infections.

The United States invaded Afghanistan in 2001 following the 9/11 attacks. The campaign has become the longest war in US history and has cost two trillion dollars as well as claimed the lives of more than 3,500 American and coalition troops.

Previous : Afghan Authorities Extend Isolation Regime in Large Cities for Another 20 Days, Reports Say
Next : Millennial Money: Do this before adopting or buying a puppy