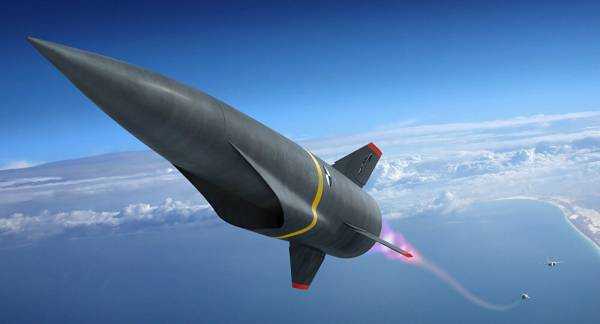 The US Defense Advanced Research Projects Agency (DARPA) and the US Air Force (USAF) are searching for answers after an experimental missile reportedly managed to separate from a B-52 strategic bomber and explode during a recent captive-carry flight test.

US military sources informed Aviation Week that a scramjet-powered missile, still in development under the joint USAF-DARPA Hypersonic Air-breathing Weapon Concept (HAWC) program, exploded after becoming separated from a B-52 aircraft of the 419th Flight Test Squadron at Edwards Air Force Base, California.

“The description could suggest the payload inadvertently detached from the B-52 in flight, rather than during ground tests or on the runway,” the outlet noted, citing sources relevant to the matter.

It was also divulged that “pieces of the instrumented test article were recovered after the accident,” which may have specifically landed at the Precision Impact Range Area of Edwards AFB, or perhaps at Naval Air Weapons Station China Lake – a nearby installation.

“One of the reasons I’m excited about starting a hypersonic cruise missile program is that we will have different suppliers; it’s a very different technology,” Roper explained during the April 30 press briefing.

He highlighted that scramjet technology research related to the delayed HAWC program – originally slated to conduct its maiden flight in 2019 – “has come a long way” and has proven to be “much more mature and ready to go” than previously presumed.

Lockheed MartinAn artist concept of the AGM-183A Air-launched Rapid Response Weapon (ARRW) shows the hypersonic missile after launching from a B-52 bomber, encapsulated in a rocket that accelerates it to hypersonic speed. Lockheed Martin artist rendering.

It was announced by the Government Accountability Office earlier this month that the USAF will procure at least eight of the ARRW missiles ahead of live-fire flight testing slated to begin in 2021.

As of late, the ARRW program has seen a 40% cost increase and, like the HAWC program, is around a year behind schedule.

Previous : Russian Deputy FM: US Attempts to Interpret JCPOA in Its Favour ‘Could Lead to Serious Consequences’
Next : Kylie Jenner, Forbes spar over story on billionaire status