UK’s ‘Unsustainable’ Furlough Scheme Must Be Wound Down Without ‘Cliff Edge’, Says Chancellor 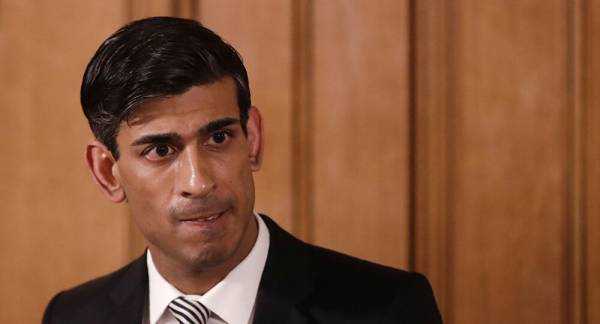 The United Kingdom has introduced a furlough scheme, designed to maintain wages for employees of workplaces forced to suspend activity while the country enforced social distancing measures to slow the spread of the coronavirus pandemic.

Chancellor Rishi Sunak said that the UK’s ongoing furlough scheme is “not sustainable” but reassured workers that the employer grant system would not be ended abruptly.

“I am working as we speak to figure out the most effective way to wind down the scheme and ease people back into work in a measured way,” he said.

He continued saying that as soon as the “time is right” the government wants to get people back to work and the economy “fired up” again.

​Under the scheme, employers are able to claim a grant that covers 80% of the wages for a furloughed employee. Around 2.5 million workers registered to be furloughed last week, which current estimates show is costing the treasury £30 billion.

Last month, the scheme was extended to 30th June as social distancing measures remain in place in order to provide business with the “certainty” they need.

The national lockdown has been in place since March in order to end all “non-essential” social interaction amid the coronavirus pandemic.

Despite promises by the chancellor that more than £300 billion of public loans would be available for companies, many small businesses have reported having trouble accessing the funds.

Nearly 60% of hotels, pubs, and restaurants have claimed that banks have rejected their loan applications.

The Chancellor has said that the loans will have to be paid back and employers are not eager to take on extra debt.

Last week it was revealed in a report by openDemocracy that across large sections of the economy, workers have not been placed onto furlough schemes and continue to go into work.

Offices, factories, warehouses, and construction sites have not been forced closed due to not being designated as “non-essential”.

The report contradicts the government’s claims to have implemented a nation-wide lockdown, in which the furlough scheme was introduced to support.