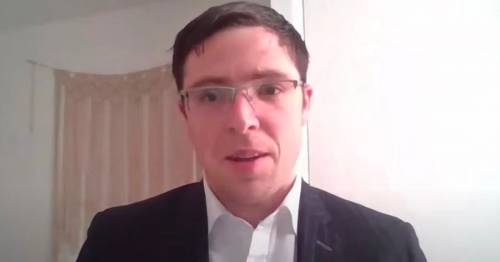 Russia's war with Ukraine is approaching a "peak point", an expert has claimed.

Samuel Cranny-Evans, a research analyst at the Royal United Services Institute, said both sides are making advances but are also suffering heavy losses.

He said there's "nothing to immediately say that is about to shift or change", adding: "It's approaching a stalemate."

"It's approaching a point where neither side can push much more, I would say."

He went on to say the conflict is "approaching a peak point where perhaps they no longer really have fresh things to give that might change the way the fighting is going".

Speaking to Sky News on Saturday morning, he was asked about claims made by Kyiv's Defence Intelligence Chief, Major-General Kyrylo Budanov, that an end is near and he is "optimistic".

The top spy also claimed there was evidence Russian President Vladimir Putin is very sick and there could soon be a coup against him.

Mr Cranny-Evans said "it's difficult to say" how accurate such claims are.

"I suppose he would know more about the military situation in Ukraine and so if he feels that the war is perhaps drawing to a close in a couple of months that maybe an honest assessment based on the intelligence that they've gathered," he explained.

"What I would say is he didn't really say how the war would end.

"He said he was optimistic about Ukraine's prospects but it might be that the war ends with Russia in possession of Luhansk and Donetsk."

Russia initially sent in troops to the two breakaway states in Ukraine's Donbas border region in February before a full-scale invasion was launched.

Luhansk and Donetsk have seen fierce fighting since 2014 when they were first declared People's Republics.

Speaking of Maj Gen Budanov's claims about Putin's health and a possible coup, Mr Cranny-Evans said: "That could depend on a number of things…there is, obviously, a lot to be gained from undermining Putin as a leader right now."

He was then asked if the Russian President will likely be happy to now focus on consolidating gains made in the east, including Donbas, and skip over the failures elsewhere, including attempts to take the capital.

Mr Cranny-Evans said: "I think at present, the most we can really say is that Russia is not winning and Ukraine is not losing.

"They are definitely at war. They are fighting a very vicious and bloody war.

He continued: "And there's nothing to immediately say or indicate that is about to shift or change.

Asked if it will now be difficult to make further gains due to entrenched positions, he said: "The Russians are putting on an exhausted force.

"Without some kind of reach further into their reserves and reserve materiel – a declaration of war – it becomes difficult for them to keep feeding personnel into the conflict."

However, he said the Ukrainian forces are "facing a similar situation".

"Because they are actually supposed to just protect a certain area, a certain region of Ukraine.

"And if they're not from Donbas areas they are not supposed to be there.

"So there are signs of…not desperation but signs of the impact of this conflict to both militaries.

"They are far from unscathed at the moment and I would say that that is approaching a peak point where perhaps they no longer really have fresh things to give that might change the way the fighting is going."

He said he was a "little" surprised that Putin didn't use his Victory Day speech last Monday to make a declaration of war or some kind of mobilisation which could open up more forces.

He said he had seen evidence that he might and said authorities in Belgrade "have been instructed to prepare" for such a move.

"We did actually have evidence leading up to it that something of that ilk was going to happen. I'm a little surprised," he added.

Mr Cranny-Evans was asked if a partial mobilisation would be enough to shift the balance, as bringing in more new conscripts may result in a lag as they got up to speed.

The expert said: "It depends a lot on what the Russians are lacking because their force is really artillery focused and artillery seems to be of higher quality than the infantry and the armour.

"If they need infantry to just push forward and protect the armour's flanks and things like that then throwing conscripts in is not the best for the conscripts…but they might get the job done so it really depends on the level of specialisation that the Russian's are lacking and what they need."