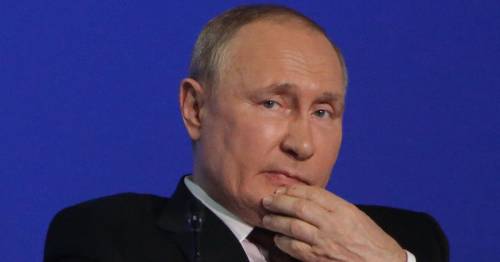 UKRAINE will need years of backing in the war against Vladimir Putin ’s invaders, NATO’s chief has warned.

Secretary General Jens Stoltenberg said the West must increase the supply of weapons to liberate the Donbas region from Russian control.

He said the costs of the conflict, including energy and food hikes, were high but the price of letting Moscow triumph was even greater.

He said: “We must prepare for the fact that it could take years. We must not let up in supporting Ukraine.”

On a trip to the heavily bombed Black Sea city of Mykolaiv, Ukraine president Volodymyr Zelensky said: “We will not give away the south to anyone, we will return everything that’s ours.”

British defence chiefs say four months of brutal fighting in Ukraine seems to be straining troop morale on both sides.Russian soldiers are deserting and defying orders, even staging armed stand-offs with superior officers.

He added that many Russian soldiers of all ranks “likely remain confused about the war’s objectives”.

Prime Minister Boris Johnson said: “Everything will depend on whether Ukraine can strengthen its ability to defend its soil faster than Russia can renew its capacity to attack.”

There is growing concern for British combat medic John Harding, 59, not seen since being captured by pro-Russian forces last month in Mariupol.

Captured Britons fighting with him, Aiden Aslin, 28, and Shaun Pinner, 48, have since been condemned to death.

Previous : Birmingham named as ‘best music city’ as sound reflects diversity of the are
Next : ‘Glimmer of hope’ for comatose boy’s mum as she begs judges not to turn off life support