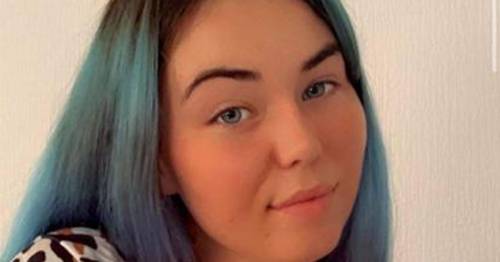 A young care home worker who had to wash the corpses of dead residents took her own life after being left haunted by the job, her parents claim.

Taylor Watterson, 22, had to wash the dead bodies of residents as part of her work, but the trauma severely affected her mental health, it's claimed.

The hard-hitting impact of her work led to her quitting the job and isolating from family and friends before taking her own life days before Christmas.

Her devastated parents Andi and Lana McCleave feel that their daughter couldn't un-see some of the things she had to witness while on shift and struggled with the death of residents who she had formed close bonds with.

Mum Lana, of Stevenston, Ayrshire, told the Daily Record : “Her job had a lot to do with her mental health.

“One day she asked if I knew how many dead bodies she’d washed. She’d lost count. I couldn’t believe it when she said it.

"She was just a young girl and was having to do it regularly.

“Doing that over and over again and seeing residents she was close to regularly passing away was hard for her to take.”

“The only other line of work that would happen in at that age would be a soldier in a war zone.

"What sort of effect did that have on the mental health of the carers?

“People they had been looking after for months and years were just gone within days of each other.

“They had looked after these people and built up rapports with them then they were just gone.

"To have a young girl sitting there telling you this was heartbreaking.”

Despite seeking her GP’s help and being prescribed medication for her mental health, she couldn't recover.

Since her death, Andi and Lana have spent every spare minute fundraising for more support for grieving families.

They have organised a sponsored climb of Goatfell, on the Isle of Arran, and a GoFundMe page has been set up to raise money in her memory.

“We donated £1,200 to Beautiful Inside & Out, a mental health charity based in Kilmarnock," Lana said.

“My employers, Confida FM, also donated £1,000. We chose the charity because they do counselling for suicide bereaved families.

“Helping others is what’s keeping us going. We don’t want other people in this position.”

The devastated mum added they want the fundraiser to be wide-ranging.

Andi said: “We don’t want to limit the fundraising to just one charity, we want to spread it out.

"We need to feel as though we are helping, because that’s what’s keeping us going.

“It’s hard enough for us to get out of bed in the morning, but we want to dedicate as much time as we can to this and raising awareness.

“We will do as much as we can to stop one other family going through this, If we can help one person it’s been worth it. We were lucky we had a great support network around us to help.”

He added: “When suicide happens, it’s not just the loss of that person – everybody round about is affected.

“There’s very little help for the individual and there’s no help for families, and that’s what we are trying to change. We need to try and get more help for people.”

"Our deepest sympathies are with her family and friends.

"We will remember her fondly as one of life’s natural carers, someone who easily built strong relations with the people she cared for, and who was determined to bring joy to our Residents’ lives through her kindness and compassion."

Shalom Care Home did not respond to repeated requests from the Daily Record for comment.

Anyone wishing to donate to the fundraiser can find out more here.

Previous : Baby is stillborn after mum, 31, catches Covid late in pregnancy
Next : ‘Plan to deport asylum seekers to Rwanda was bound to end in farce’ – Eva Simpson