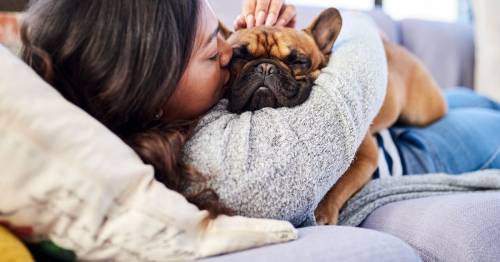 Making sure our pets live a long and happy life is important, but what happens to them after we die?

Some are keen to leave money to their beloved pets but this might not be the right option. This is because, in the eyes of the law, our furry friends are treated as property that we own until we die, and as such – they can't inherit a fortune.

That said, making provisions for your dog in a will can help ease confusion and strain should anything happen to you.

Speaking previously to TeamDogs, Martin Holdsworth – founder of IDR Law and Frisk – explained: "All pets, including dogs, are treated legally as 'chattels' that belong to their owner at the point of death.

"Chattels are usually objects such as sofas, pictures, photos but remarkably, it does extend to your trusted companion dog.

“If you die without a will that includes a direction as to what should happen to your dog, your dog will be grouped in with all your other chattels and pass to those entitled either under your will or if you have no will, under the rules of intestacy.

“The real problem with this is that your dog is being given to family members -or remarkably even the Queen if you have no family at all – who may not want it or might not be able to afford to look after it and ultimately have no legal obligation to even accept it."

Interestingly, a new survey by Legal & General has revealed Brits' changed attitudes towards writing a will, and also found that Gen-Z especially have their pets in mind.

According to the study, over half (52 per cent) of 16 to 24-year olds have actually updated their will within the last year.

More surprisingly, 15 per cent of those people have opted to leave assets to their beloved pets to ensure they don’t miss out.

The 16-24-year bracket were the highest out of any age group to do this, and the trend was also prevalent in North-East England, where 14 per cent chose to leave assets to dogs, cats and other companions.

This could be due to the lockdown pet phenomenon, with more than 3.2 million households acquiring pets since the start of the pandemic.

Other findings revealed that 64 per cent of people in Northern Ireland don't have a will in place, which is higher than any other region.

Overall, more people don’t have a will (53 per cent) than those who do (47 per cent) and there was also a slight gender divide revealed.

It definitely seems that Brits are taking will writing more seriously after the pandemic, particularly the younger generation.

Nearly a quarter (22 per cent) of 16-24 year-olds strongly agreed that their perspective on writing a will had changed since the pandemic – again, the highest of any age group.

When respondents were asked who they would leave their assets to, the results were very mixed.

Children had the highest answer of 60 per cent, with aunties and uncles scoring the lowest of three per cent.

Then came spouses at 38 per cent, followed by siblings at 15 per cent, parents at 11 per cent, and charity as well as friends both at 10 per cent.

Despite advice from the experts, it appears that many of us still want to make sure our pets are pampered and left with something when we die.