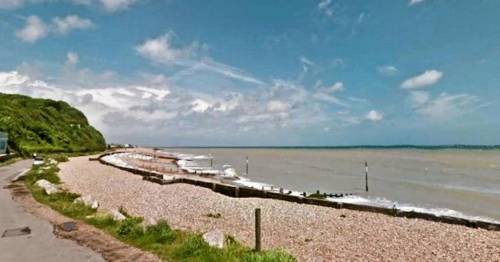 Forget holidays to Portugal – you can now buy your own beach near the White Cliffs of Dover.

The picturesque stretch of coast is located near Kingsdown in Kent and is being auctioned off with a minimum opening bid of £1.

It’s being sold off by auctioneers Lambert Smith Hampton, which says the land was once a shooting range that was first used by the Royal Marines in 1856.

However, there is a catch – as most of the site is completely submerged by the sea at high tide.

You should also keep in mind that as this is an auction, the final price is likely to be much more than £1.

In total, the land measures 18.48 acres and is about six miles from Dover.

The land was once a shooting range that was first used by the Royal Marines in 1856
(Image: Lambert Smith Hampton Auctions) 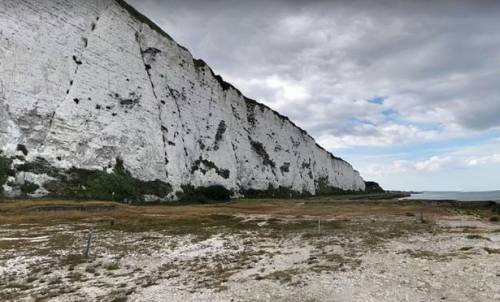 It is located near the White Cliffs of Dover in Kent
(Image: Lambert Smith Hampton Auctions)

In comparison, a four-bedroom beachfront property along the shoreline in nearby Deal was sold recently for £4 million, reports The Times.

In the small print on the Lambert Smith Hampton website, it says other additional costs may apply as well.

It is understood that the land is being sold as part of the Ministry of Defence's plan to reduce the size of its built estate.

The auction, which is for a freehold listing that is “suitable for development (subject to approval)” takes place today and tomorrow.

It comes as thousands of holidaymakers scrambled to get back from Portugal overnight as the country was added to the “amber” list.

The listing reads: "The town is popular with seasonal tourists and forms part of the White Cliffs of Dover, the area therefore sees high footfall in the summer months.

“The property is accessed from Oldstairs Road and is bordered by Undercliffe road to the northern section.

“Walmer and Kingsdown Golf Club is situated immediately to the west of the site alongside several high-value cliffside residential properties."

"The site comprises a narrow section of beach to the southern end that is covered by the sea during high tides.

“The northern part of the site is wider and includes a beach, some flat grassland and some sea defences."