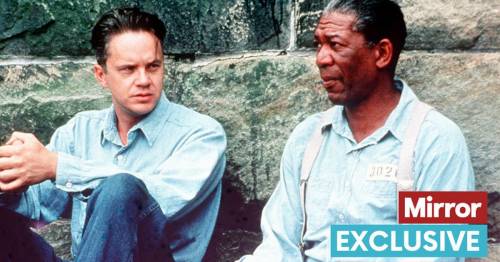 The Yorkshire Ripper read the Stephen King novella more than 50 times and dreamed of escaping, like its hero.

The book, full title Rita Hayworth and the Shawshank Redemption, came out in 1982 – a year after Sutcliffe was jailed for life for murdering at least 13 women.

The hit film version, starring Tim Robbins as ingenious jailed banker Andy and Morgan Freeman as his friend Red, was released in 1994.

In newly surfaced letters, serial killer Sutcliffe, who was held at Broadmoor Hospital, Berks, and Franklin prison, Co Durham, wrote to a pen pal: “My favourite book is the Shawshank Redemption.” In 1992, using a hacksaw blade supplied by fellow lag Ronnie Kray, Sutcliffe tried to escape Broadmoor by attempting to cutting the metal bars on his cell window.

The same letter revealed the Ripper’s favourite song was doo-wop group The Impalas’ Sorry (I Ran All the Way Home), which had “great significance” to him and his estranged wife, Sonia.

He wrote of their married life: “Sonia used to make some lovely Czech meals at home, fantastic.”

New letters reveal Sutcliffe was obsessed with the story
(

The correspondence will be in The Ripper Letters, a book edited by Rory Everett. Some notes were sent weeks before Sutcliffe’s 2020 death from Covid, aged 74.

Mr Everett said: “The book is the first of its kind, being word-for-word from the Ripper’s brain.”

Previous : Woman’s life saved by smear test as she’s diagnosed with cancer despite no symptoms
Next : Mum grieves for soldier son 15 years after losing his brother in Taliban bombing