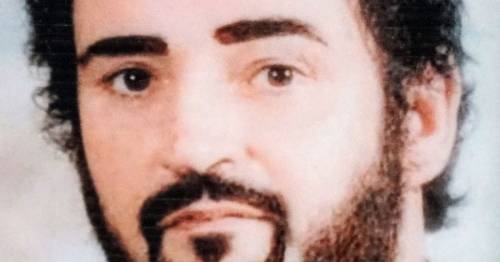 Yorkshire Ripper Peter Sutcliffe was kept in chains until shortly before his death and not allowed to call his next of kin, an ombudsman report has revealed.

Sutcliffe, who murdered 13 women in a six-year killing spree, died at HMP Frankland from a combination of Covid-19 and heart disease in November 2020.

The serial killer, who was blind and used a wheelchair, had refused hospital treatment telling staff “no point as all the toing and froing isn’t helping him or doctors”, the report revealed.

He was convicted in 1981 and spent three decades at the high-security psychiatric hospital Broadmoor Hospital before being moved to HMP Frankland in 2016.

Prison ombudsman Sue McAllister raised concerns that Sutcliffe had an eight hour wait for secure transport back to the prison after being discharged from hospital.

She also criticised the the use of restraints on Sutcliffe and a delay by staff in removing them when instructed to do so.

The report also found that Sutcliffe, who went by the name Peter Coonan, was not able to call his wife Sonia, his next of kin, before he died.

It states: "Although most of the prison’s liaison with Mr Coonan’s next of kin was of a good standard, we are disappointed that he could not talk directly with his next of kin when he was dying and that prison staff had to act as messengers for their personal messages."

Sutcliffe, under a blanket, arriving at court charged with the murder of 13 women and attempted murder of seven others
(

Ms McAllister recommended the prison governor should ensure staff allow a dying prisoner direct contact with their next of kin or family member via mobile phone.

The report found that on October 28, 2020, he was sent to hospital after a scan found problems in his heart and he was fitted with a pacemaker and discharged.

Sutcliffe tested positive for Covid at prison in November and spent more time in hospital due to concerns about low oxygen in his blood.

He was vomiting and also had diarrhoea, but on both occasions he was discharged after is condition improved.

Six days after testing positive, Sutcliffe was asked if he wanted moving back to hospital but told staff "there's no point as all the toing and froing isn’t helping him or doctors”.

But the prison GP spoke with a hospital consultant and agreed that he should be moved there as his kidney function had deteriorated.

He was moved to hospital and the heads of security and operations and healthcare staff at the prison agreed restraints wouldn’t be required due to his condition.

But the on-call manager of the Long-Term and High Security Estate Group rejected this and ordered an escort chain be used.

The Yorkshire Ripper was moved to HMP Frankland Prison, Co Durham, in 2016
(

Ms McAllister wrote: "We are concerned that healthcare staff did not include crucial information about Mr Coonan’s medical condition in the escort risk assessment, which meant that the authorising managers in the Category A Team were unable to make informed decisions on whether it was justified to restrain him.

"We are also concerned that when hospital doctors were giving Mr Coonan end of life care, the decision to remove Mr Coonan’s restraints took too long and that escorting officers did not remove the restraints promptly after an authorising manager gave verbal permission to do so."

Sutcliffe’s killing spree began in October 1975 with 28-year-old mother-of-four Wilma McCann, who was hit with a hammer and stabbed 15 times.

He was interviewed nine times during the course of a huge investigation but continued to avoid arrest and was able to carry on killing.

Over the next five years, the Ripper claimed the lives of 12 more innocent women before finally being apprehended by police in Sheffield for driving with false number plates and convicted in 1981.

Sutcliffe, a former lorry driver from Bradford, West Yorks., is said to have refused treatment for Covid-19 and to have also been dealing with several other health problems.

On the day of his death, West Yorkshire Police apologised for the "language, tone and terminology" used in the 1970s to describe some of the killer's victims.

Previous : Fears volcanic eruption behind Atlantis legend will happen again after major find – World News
Next : ‘Fit and strong’ Great Dane dies after swimming in the sea at idyllic beach