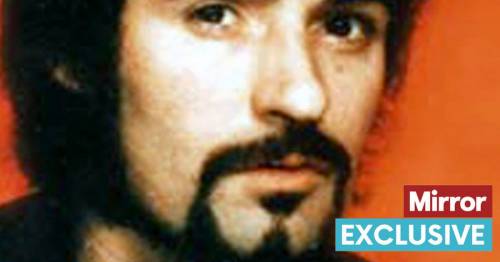 The Yorkshire Ripper re-enacted one of his hammer attacks on a visiting author at Broadmoor.

Shocked Alfie James, 46, was quizzing Peter Sutcliffe to research a book based on conversations with the monster.

The serial killer was explaining how he had tried but failed to kill Marilyn Moore, 25, in Leeds in December 1977.

Alfie said: “For reasons known only to him he felt the need to show me how he swung the hammer.

"It was like he was holding an imaginary one and he swung it at my head. It really shocked me.”

The killer claimed he slipped on mud as he swung for Marilyn and fled in his car.

Alfie added: “This wasn’t the first time he’d demonstrated his attacks to me and it made me think he doesn’t have any real remorse for his victims.

"Sometimes he would say he wished the attacks had never happened.

“But he wouldn’t replay them like he did with me if he didn’t get some sort of thrill out of it.”

Sutcliffe was serving life for 13 murders and seven attempted murders in Yorkshire and Manchester from 1975 to 1980.

Alfie said Sutcliffe also cracked sick jokes about his crimes – but was too scared to have visitors when Covid struck.

By then the ailing fiend was at Frankland prison, Co Durham, where his prediction came true and he died aged 74 after getting Covid in November 2020.

I’m The Yorkshire Ripper by Alfie James and Robin Perrie is published by Mirror Books, priced £8.99. Also available in ebook.