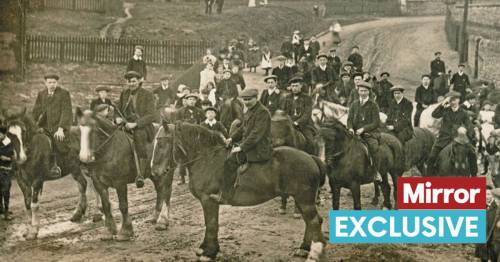 A top union chief raised the prospect of a general strike, which would be the UK’s first for 96 years.

In May 1926, workers walked out for nine days. They were trying to force ministers to act to prevent wage cuts and worsening conditions for 1.2 million locked-out miners.

Rail strikes are due to cripple much of the network for three days next week, with bosses urging passengers to make other travel arrangements.

And Wales Trades Union Congress President Brendan Kelly believes the action could – and should – spread to other industries.

Mr Kelly, a regional organiser for the RMT union, told a rally in Merthyr Tydfil: “I am a passionate believer that we may need to consider having a general strike.

Crowds in Hyde Park during the general strike
(

“Apparently it’s not in my powers as the TUC President to call a general strike – I might try and debate that with people.

“And we should stand up to this Tory Government because they are bullies.

Previous : ‘My wages no longer cover everything I have to pay out due to soaring bills’
Next : Mum and young kids left living in smoke-damaged home after washing machine caught fire