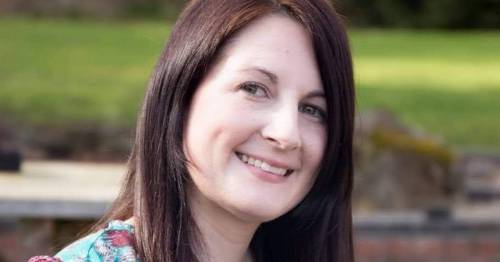 A woman whose life was saved after a routine smear test has described her shock after being diagnosed with cancer – and is now urging others to get tested.


Tania Taylor, from Rochdale, Manchester, was left reeling by news she had cervical cancer, despite having no symptoms.

Fortunately, she was given the all-clear after doctors successfully removed most of the cancerous cells, the Manchester Evening News reports.

Tania, 37, will still need to go for a colposcopy screening every six months for the next five years.

She is also on a waiting list for a hysterectomy to help prevent reoccurrence.

Now Tania, who owns a hypnotherapy business, believes the routine appointment may have saved her life – and is encouraging other women to go for regular screenings.

She was left reeling by her cancer diagnosis
(

Tania said going for a smear test saved her life
(

She said: “I received my regular routine smear test letter, I’ve never really had any anxiety about it.

“A few days later I received a letter in the post and it was worded with a lot of medial jargon.

"It sounded quite serious and I just remember taking it to my fiancé and I couldn’t speak.

"I just let him read it and I burst into tears.

“It said I would be called in for a colposcopy and that would be within two weeks.

"It was a bit of a shock; I’ve always previously had letters that have said everything is fine.

“My colposcopy showed visible abnormal cells on my cervix.

"There and then they did an excision to remove them. The whole time I could see everything on a TV screen.

More than three quarters of all cervical cancer diagnoses could be prevented if women regularly attended their smear tests, according to research
(

“I waited 10 weeks later for the results to come back.

"They found three tumours that were cancerous so I was booked in for another surgery to make sure there was nothing left.”

More than three-quarters of all cervical cancer diagnoses could be prevented if women regularly attended their smear tests, according to research.

Women in the UK are offered cervical screenings by the NHS from the age of 25.

Tania continued. “From the smear test to being given the all-clear was five months.

"If I hadn’t gone for my smear test when I was meant to, then the cancer would have grown.

“A few people said my story made them go for their smear they had been putting off.

"It means what I’ve been through really prevents other people having to go through the same thing.”