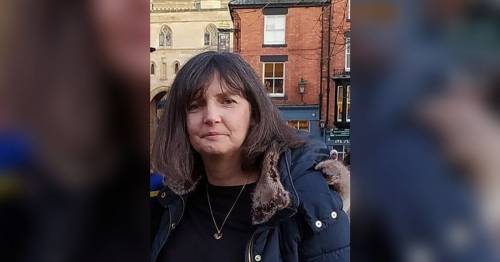 A woman who took a car park company to court over a 50p parking ticket has finally won a five year legal battle.

Janet Smith's legal fight has finally culminated this year after she represented herself over video call at Liverpool County Court and won.

The case was over a parking fine she was issued with on November 17, 2016 at Closter's car park in Formby.

After returning from her weekly art group she spotted a fine on her windshield, the Liverpool Echo reports.

Mum-of-two Janet said the ticket had fallen off the windscreen and onto the dashboard while she was away from the car.

She was fined £100 by Vehicle Control Services for "not displaying her ticket correctly" – but was determined to challenge it.

Janet said: "I received a letter from them which said as the ticket wasn't displayed correctly upon coming into the car park they said I had entered into a contract and I had breached it. It was a windy day and I was not going to stand around reading a contract before getting a ticket.

"My argument was I am I stay there for the whole hour to make sure that the ticket does not come off the windscreen it's unreasonable to think that I would. So I appealed."

After two initial appeals were rejected in 2017 Janet was then told by Vehicle Control Services she was responsible for her ticket not falling off her windscreen and would have to pay the £100 fine.

Speaking to the ECHO Janet said "I thought it was ridiculous so I refused to pay it and by this time the fine had gone up to £160 as they had passed it to their legal team.

"Because it had been passed to them I was told I owed the legal team £60 which was added to my charge which they also said was on the contract in the car park. I just kept refusing to pay it."

In 2018 Janet received a letter saying that they would offer her a deal of a £20 fine which she again refused. Janet who lives in Formby said: "Every time they sent a letter I was threatened with court action then I got another letter and in 2021 I rang them up and told them to stop sending me letters or begin the legal proceedings. I got a letter from the county court and the amount being claimed by them then was £282."

The battle culminated on March 9 this year when Janet represented herself over video call at Liverpool County Court and won.

Speaking on her experiences she said: "I felt relieved because I knew it wasn't hanging over me anymore it was stressful getting everything ready for court.

"I had not had any legal dealings so I did not know how it was going to go I was also frightened that I would have to pay the money because I'm not that well off.

"I want people to know that they should fight it. It is stressful because you feel like it will never end but people should not give up."

A representative for Vehicle Control Services Ltd said: "We are currently considering our position following the Judge's decision and, as such, it is inappropriate for us to comment further at this stage."