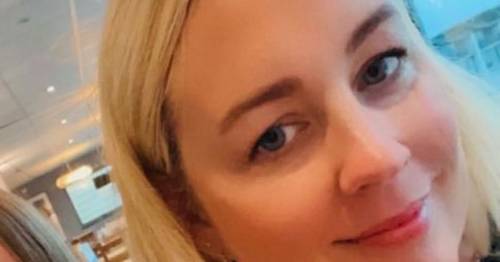 A woman has won a big cash prize after treating herself to a McDonald's.

Lisa Aisthorpe, 46, from Grimsby won after heading to McDonald's with friends and peeling back the McDonald's Monopoly sticker on her cup.

She had been at a mini fair selling homemade wax melts that she makes on the side of her full time job when he decided to go to the fast-food chain, Grimsby Live reports.

The mum, who is getting married next year, peeled back the sticker to find out she had won a whopping £1,000 – a prize that is available to only 50 people.

Speaking about her good fortune, she said: "We had some friends drop in to have a look at the various things myself and the others were selling.

Lisa hope to use the prize money to expand her business, Mil's Melts, which is named after her daughter, Millie

"After the event, we had so much cleaning to do that we decided to order McDonald's rather than start cooking.

"I peeled off the label from my drink to find that I had won £1,000. I never thought anything like that would ever happen to me. I truly feel as though someone was looking down on me there.

"I've got loads of birthdays to pay for and my wedding next year so this will definitely help to lighten the load."

She added: "My son did joke that he should have won the money because he was the one that ordered the large drink, but we're just excited to have actually won something.

"We received a note in the post telling us to send the sticker off to McDonald's so they could verify we had won.

"The money just randomly dropped into my bank account the other day in the end.

Lisa makes wax melts as a hobby and hopes to one day turn it into a full-time job.

"I'm quite excited to hopefully use some of the money to help expand my business, Mil's Melts, too.

The whole family have been great with helping me get set up and getting all the equipment I need, they've all been absolute stars."

Previous : Coronation Street fans confused over how old Jack Webster really is
Next : Woman banned from boarding Ryanair plane until she pays off missed flight debt