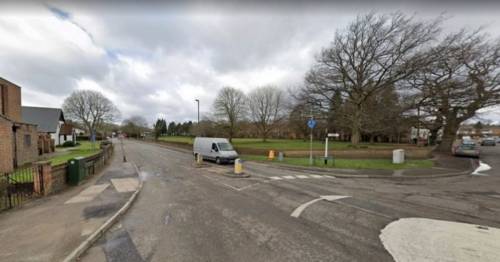 Police have launched an investigation after a woman was 'raped by three men' as she walked through a local park.

The woman was walking through the green near Crossways Rest Garden in Merstham, Surrey, when police say she was approached by three men and allegedly raped.

After the woman managed to escape, officers were called in the early hours of this morning as police carry out their investigation.

Surrey Police have stepped up an increased police presence in the area as a result of the attack and are appealing for information from local residents and shop owners.

Detective Inspector Mark Butterworth said: “This investigation is in the early stages, and we have officers out this morning carrying out multiple enquiries.

“We are appealing to local residents and shop owners who may have CCTV around the area, or to anyone driving through the area between 22:50 & 23:45 and may have dashcam footage, to contact us as a matter of urgency.

“As well as this, if you were near Crossways Rest Gardens or surrounding roads in particular Battlebridge Lane and Nutfield Road and witnessed anything suspicious, please get in touch.

“There will be an increased police presence in the area, and I would like to reassure the public that our Sexual Offences Investigation Team supported by local officers are doing everything possible to thoroughly investigate."

A spokesperson for Surrey Police said: "We are appealing for witnesses to assist with an ongoing rape investigation in Merstham.

"Officers were called this morning (17 June) following reports of a woman being raped in Merstham. The victim was walking through the grass area between Nutfield Road and Battlebridge Lane [known as Crossways Rest Gardens] between 22:50 – 23:45 on 16 June when she was approached by three men and raped."