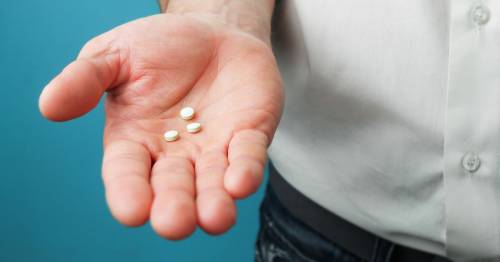 A company manager has won a "disability harassment" claim after bosses mocked her about her anaemia tablets, an employment tribunal has ruled.

Alexis Donaghey was said to have suffered a "hostile, offensive and intimidating environment", the tribunal in Manchester heard.

Chris Anderson, her line manager, told her: "Come on Alexis, you've been on something for the last two years – is that making the pressure of the job too much for you?"

Ms Donaghey worked as an area manager for bookmakers Betfred.

To combat her iron deficiency Ms Donaghey took three iron tablets a day as she suffered bouts of severe fatigue and was barely able to get out of bed.

The employment tribunal heard that Ms Donaghey believed Mr Anderson viewed her as a "weak person" and once remarked: "You know what I think of people of people on tablets Alexis."

In April 2019, Ms Donaghey was called in for a meeting with Mr Anderson at his office in Kendal, Cumbria about how she swore in front of colleagues.

During the face-to-face, he confronted her about being on tablets and then asked questions about her "energy levels" and she burst into tears.

Later following a break Mr Anderson told her: "Just to let you know, just giving you the heads up, that was Head Office. I don't know who you've upset in there, but they don't like you.

"They advise I should suspend but I'd only do that if I was looking for dismissal. Be a final at worst."

Ms Donaghey later attended a formal disciplinary hearing where no formal action was taken against her.

She then resigned as an area manager and in her letter referred to how Mr Anderson left her feeling "demotivated."

She sued Betfred for disability and sexual discrimination, harassment and constructive dismissal.

But he ruled Ms Donaghey could not win damages as under employment law she had filed her claim too late.

The judge said: "'It was clear that the claimant's iron deficiency anaemia did have a substantial adverse effect on her ability to carry out normal day-to-day activities because of the extreme fatigue, lack of energy, and tiredness which she evidenced.

"Throughout his evidence, the way in which Mr Anderson responded to questions lacked transparency or clarity and was, on occasion, disingenuous. The Tribunal found that the evidence which Mr Anderson gave was thoroughly untruthful."

Ms Donaghey had been suffering from pernicious anaemia since 2000 started working for Betfred as a cashier in May 2001 and was appointed area manager in 2012.

Mr Anderson joined the firm as an area manager in 2002 and the pair were said to have a "good working relationship".

The pair fell out when she became seriously ill in 2016 and started taking three Ferrous Sulphate iron tablets a day for her illness.

Her doctor described her as "feeling tired all the time' and she had reduced concentration and memory and at the time "lacked the motivation to do anything."

Ms Donaghey said she felt extreme fatigue and often could not get out of bed. She also said she had suspected cancer and depression and she told Mr Anderson about her iron deficiency in April 2017.

In her resignation email to the firm Miss Donaghey said. "Having worked for the company since 2001, I have never felt as undervalued and upset as I currently do.

"I have tried, for over several months now, to overcome these feelings but due to the reoccurrence of small issues, I cannot move forward. I was subjected to formal disciplinary action and although I was not issued with a disciplinary penalty, the process leading up to the disciplinary meeting was handled very badly, and to be quite honest, it was wrong."

Mr Anderson denied wrongdoing but acknowledged he may have said "Are you still on medication?" and admitted he had asked Miss Donaghey about her health "many times." BetFred was cleared of sexual discrimination and constructive dismissal.