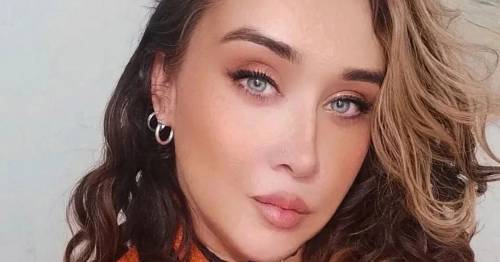 A woman with a rare illness has shared how she has to put a tube in her neck so she can breathe.

Alii Robinson was born with a rare birth defect known as Pierre Robin Syndrome, which results in an underdeveloped jaw and an obstructed airway.

At only five weeks old, she underwent surgery to have a tracheostomy placed, a breathing tube which is fitted through an opening in the trachea.

Since birth, she’s had to change the tube every two weeks which involves an hour-long process of cutting the tapes, taking out the old tube and inserting a new one.

While she doesn’t let her condition stop her from leading a “normal” life, the 31-year-old says that she suffers from a range of issues, such as headaches, swelling and a lack of confidence.

The 31-year-old from Basingstoke, Hampshire, said: “I try to come across really happy and bouncy, but realistically, I have a lot of self confidence issues.

“I don’t like the way I look or how the trachy makes so much noise and that my jawline isn’t what I would like to be.

“I have daily struggles and in more recent years, my health has seemed to deteriorate which has had an impact on my day-to-day life.

Since birth, she’s had to change the tube every two weeks
(

Alii is unable to breathe on her own
(

“I get out of breath very quickly [while walking] and I get tired, have a lot of pain and regularly [suffer with] headaches, backaches and stoma sores.

“I also have issues with my palate, as I had to have my cleft palate repaired and at the moment, I have a small hole at the back where sometimes food gets stuck.

“This can go down my airway, which can cause aspiration infections.”

In 2009, medics tried to remove the breathing tube, as it was believed that she no longer needed this following surgery which brought her lower and upper jaw forward.

However, three months later, she was diagnosed with carbon dioxide toxicity and had to have the tube reinserted immediately.

Now, she hopes to raise awareness for her condition by showing her bi-weekly routine on TikTok.

In a clip, which has received 4.2 million views and over 275,000 likes, Alii demonstrates the process of upsizing her breathing tubes.

After showing the difference between the two sizes, she continues to cut off her old tracheostomy, before removing this entirely.

Alii pops the new tube into her stoma, a hole in her throat, as she winces in pain.

While she comments that the process isn’t usually painful, upsizing hurts a lot.

As the tube is finally inserted, she cheers and ends by placing the new tapes.

Alii added: “I did the video to add to my blog about the tube changes and my more recent issue with carbon dioxide toxicity.

“After the upsizing, it’s just a matter of time to let the swelling go down.

“Most people are shocked because they can’t tell [I have one] as it looks like a choker.

“I prefer people to ask questions though, than to stare at it. “

Previous : Boris Johnson made Partygate joke – but was interrupted by duck pooing on Tory MP’s head
Next : Man walking friend home from bar lost chunk of skull after being set upon by thugs