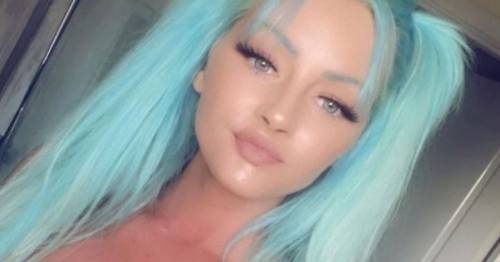 A reveller who was "the life of any party" has been found dead following a weekend music festival in Scotland.

The popular 27-year-old, from Glasgow, had been out dancing at the Braehead music festival at the weekend.

She was described as "the life of any party" by friends who also said that she was "everybody’s pal".

Heartbroken friends say they are hoping she is now "forever dancing in the sky".

Her loved ones are asking people to look out for their friends and family because "life can be a rollercoaster behind closed doors".

Lynn Helen Mitchell said: “R.I.P Kendall O'Neill beautiful girl inside and out you will be sorely missed by many thoughts are with your nearest and dearest at this heart breaking time.”

There were many similar messages following the tragedy.

Jonny Mclelland said: “Can’t believe it RIP Kendall O'Neill you were some lassie thoughts to family.”

Anthony J Sinclair said: “Life is really really cruel at times! The 3 towns has lost one of the greatest.

“Can’t believe the news I am hearing tonight. Was speakin to you on Saturday at Coloursfest.

“You were one in a million.”

“You were the life of every party, one of the boys one of the girls, everybody’s pal! It was an absolute pleasure Kendal.

Friends also pointed to problems that people may have which are not always noticeable on the surface.

Rachael Todd said: “Life can be a rollercoaster behind doors, you can never know what's going on.

“Check in with your friends and remind them of how amazing they are.

“Kendall O'Neill you lit up any room you walked into and you’ll be sadly missed.

Demi-Lee McGee said:”I love you more than you’ll ever know my crazy girl.

“My heart is beyond broken.

“Forever my dancing partner and now you are forever dancing in the sky, rest in paradise K, I’ll see you soon.”

Previous : Canadian PM Trudeau not sorry for snapping at protester who insulted his wife
Next : SUV drivers could cut 8 million tonnes of emissions by switching to electric cars